by Prasad RavindranathPosted on January 9, 2016 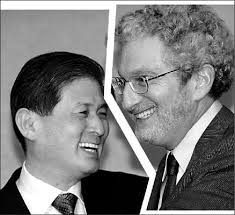 Ever since the disgraced South Korean stem cell researcher Hwang Woo-Suk’s fraud in the papers retracted by Science in 2004 and 2005 brought the spotlight back on the malaise plaguing science, the number of researchers getting exposed for data falsification, fabrication, and plagiarism has been increasing. But the sobering fact is that this number is barely the tip of research misconduct. A recent British Medical Journal (BMJ) survey of nearly 2,800 doctors and medical academics revealed that 13 per cent of respondents claimed to have first-hand knowledge of someone “inappropriately adjusting, excluding, altering or fabricating data.” Two previous surveys in 1992 and 2001 had reported slightly lower figures — 10 per cent and nearly 11 per cent respectively. Despite the problem being all pervasive, the United Kingdom has done little to tackle the issue. Last year, the House of Commons Science and Technology Select Committee found the “general oversight of research integrity to be unsatisfactory.” If the availability of modern tools and the pressure to publish papers is forcing many researchers to resort to unethical means, there is also little to deter them from cheating. With the exception of plagiarism, journals are not fully geared to spot all forms of cheating prior to publication. As a recent Editorial in Nature points out, libel laws indirectly prevent journals from even flagging “proven cases of misconduct.”

For reasons well known, universities and institutions have not been forthcoming in investigating cases on their own. The U.S. Office of Research Integrity has the power to block funding for a specified period to researchers found cheating. But it cannot investigate cases of misconduct on its own — it has to depend on universities for taking up investigation. Similarly, journals that identify cases of cheating do not have the wherewithal or the power to investigate. Herein lies the biggest hurdle: universities can simply refuse to cooperate. According to the BMJ survey, 6 per cent of respondents were aware of cases of misconduct not being properly investigated by their institutions. The problem is particularly heightened in the case of developing countries like India where no system for investigating such cases exists. Since research misconduct is detrimental to the development of science, it is necessary to make laws that mandate universities to investigate cases thoroughly or allow third-party investigation. A solution has to be soon found before published journal articles lose their value and pre-eminent place in science.