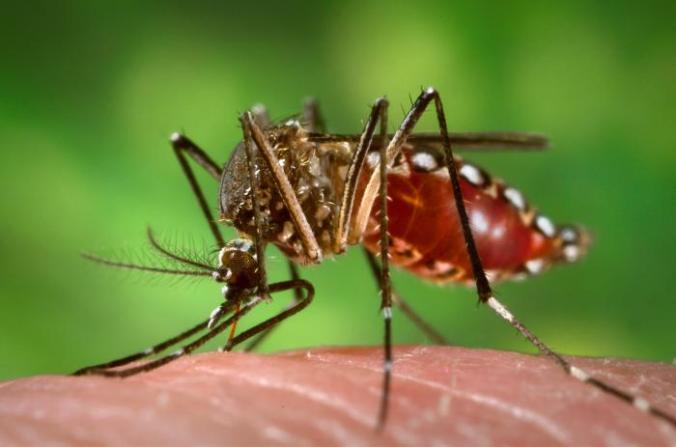 The overall efficacy of the vaccine was “lower than expected” and was “not significant.” – Photo: Wikimedia Commons

The just concluded Phase IIb (proof-of-concept) dengue vaccine trial against all the four virus types (serotypes) that cause dengue has not only shown an unexpectedly low efficacy of 30.2 per cent but has also challenged many well-established hypotheses and ideas.

The trial was conducted in about 4,000 children in the age group 4 and 11 in the dengue endemic district of Muang in Thailand. The vaccine group had 2,669 children and the control group had 1,333 children. Primary analysis was conducted using data from 3,673 children.

The overall efficacy of the vaccine was “lower than expected” and was “not significant,” reported the authors of a study published in The Lancet on Tuesday (September 11). The low overall efficacy of 30.2 per cent “comes as a surprise,” writes Scott B. Halstead, a U.S-based senior scientific adviser for the Dengue Vaccine Initiative in a Comment piece accompanying the paper.

The vaccine produced immune responses against all the four virus types. However, the vaccine only protected against three serotypes — type 1, type 3 and type 4 at a “range consistent with our assumed overall efficacy of 70 per cent after three injections,” they write.

“The lack of efficacy against serotype 2, and the fact that serotype 2 was the prevalent serotype during the study, diminished the overall vaccine efficacy caused by any serotype (statistical power limitation),” notes Derek Wallace, the Corresponding author of the study in an email sent to The Hindu . “The ongoing Phase III studies with over 31,000 volunteers will help further document efficacy in broader population and different epidemiological environments.”

Even in the case of serotype 1, the protective effect of the vaccine was a little lower than for virus types 3 and 4.

It is interesting to note that the vaccine produced “satisfactory” immune response (immunogenicity) against all the four serotypes. Yet, it did not offer any protection against serotype 2. “The observed lack of efficacy against DENV2 despite satisfactory immunogenicity is surprising and will need further investigation,” they write.

The authors also question the “robustness” of the “assumption” that a dengue vaccine should induce “balanced immunogenicity” against all the four serotypes to keep dengue infections at bay.

The trial result “challenges vaccine development hypothesis” on the grounds that “similar levels of protection against all the four serotypes” should be seen when neutralising antibodies have been induced for all four virus types.

Natural dengue infection by any serotype produces lifelong immunity against that serotype. Though infections caused by all the four serotypes are common in the dengue endemic study area, those caused by serotype 1 and then type 2 are predominant.

Infections by two or more dengue virus types should have produced “broad neutralising antibody response” against dengue diseases caused by any of the virus types, notes Dr. Halstead. But that has not been the case, though.

Dr. Halstead suspects that the trial might have failed to obtain a “balanced immune response” when a cocktail containing all four virus types was given to children living in an endemic area. He finally concludes by writing that “serious deficits remain in our understanding of the mechanism or mechanisms by which human beings are protected against initial and successive infections” with four virus types.

So should “type-specific antibodies” be given to prevent the occurrence of dengue diseases? “The four serotypes are circulating across the world, and several serotypes can coexist in the same region. Our goal is to provide the broadest protection possible for individuals living in endemic areas as well as for individuals who plan to travel to those areas,” Dr. Wallace notes in his email. Though the trial has not been able to achieve its primary objective, it has been successful on other fronts. The vaccine proved to be safe and well tolerated in all the vaccinated children. The scientists have been able to develop an efficacious dengue vaccine by overcoming a big challenge — no animal models exist for testing efficacy. Also, dengue is caused by four different related viruses, thus complicating the development of an efficacious vaccine.