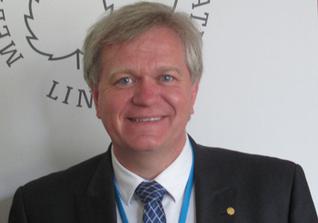 “We expected to get the same reception like the neutrino [OPERA] team [if our results were wrong],” said Nobel laureate Brian P. Schmidt while interacting with the media on Monday, the second day of the weeklong 62nd Nobel laureates meeting here. He was referring to his team’s findings on the expansion of the universe that got him the Nobel Prize for Physics last year.

When Dr. Schmidt got the results in the beginning of 1998, there was much debate within the team on the accuracy of the finding. In 1997, the other team that was also working on the same problem did not get the same result. “We were getting a different result. There was much debate [whether to publish or not]. But independent of the other team, we made a decision to publish,” he told The Hindu . He was recalling the atmosphere prior to the publication of the results.

“It seemed too crazy to be right. We were a little scared,” he was quoted as saying in the abstract provided by the Lindau committee. After all, the team had expected to trace a deceleration in the universe’s expansion.

“We wanted to keep an open mind. Ultimately it requires adequate proof to make a claim,” he said. Dr. Schmidt’s work on the expanding universe was based on observational studies and not an experimental work like that of the OPERA (Oscillation Project with Emulsion-tRacking Apparatus) team.

The OPERA team published a paper in September 2011 stating that neutrinos travelled 60 nanoseconds faster than light. It later became apparent that the calculations were wrong, and the mistake was due to faulty wiring.

Two members of the OPERA team had to step down owing to severe criticism. Dr. Schmidt came out strongly against the scientific community’s attitude towards mistakes arising from genuinely conducted work.

“Scientists are scathingly critical of each other. The [scientific] community has been hard on them,” he said of his fellow researchers. “Scientists should not be crucified for making mistakes.”

Asked what these life-forms would be like, he said: “Even simple bacteria are different from what we expect to see.” Hence, they are not restricting their search to life-forms as seen on earth. “At this point in time, we are not looking at carbon-based life but at all forms,” he said.

Answering a question on whether his life had changed after the Nobel Prize, he said: “It has not changed what I do.”

But, of course, he enjoys many advantages now. “It has opened up many bridges, especially with the government,” he said. “Ability to get money [funding] has changed. It is a bit easier.” But he stressed it had not changed the way his papers are published.

(This correspondent is one of the two journalists from India participating in the 62nd Nobel laureates meeting in Lindau in 2012, at the invitation of the German Research Foundation, Bonn.)