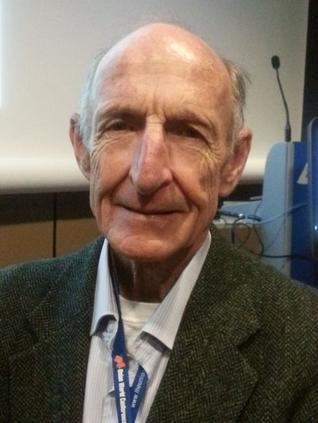 Dr. Peter R. Donald, Emeritus Professor in the Department of Paediatrics and Child Health of the Faculty of Health Sciences at Stellenbosch University, South Africa was awarded an A-rating by the National Research Foundation, South Africa. An A-rating is the highest award given to scientists by the Foundation.

He was also awarded the Union Medal, of the International Union Against Tuberculosis and Lung Disease, at the 2010 General Assembly in Berlin, Germany.

In an email to me, Prof. Donald said that the commonest forms of toxicity (liver toxicity for example) caused by second-line anti-TB drugs to treat MDR-TB are less common in children.

Why is higher dosage prescribed to children compared with adults?

Do we really know why a higher dosage is required for children? Have clinical trials been conducted on children aged under five years, including infants, in the case of first-line drugs?

It would be very difficult to conduct efficacy trials in children. Because children are often culture negative and smear negative it would be quite difficult to find enough children to carry out efficacy trials of TB drugs in children. Very large numbers would have to be enrolled. In adults microbiological endpoints are used to judge efficacy….the fall colony forming units of M. tuberculosis or culture positivity.

Have trials been done in the case of first-line fixed-dose combination drugs to know the bioavailability?

The aim of the changed doses for children is to expose the children to the same blood concentrations as adults when they receive efficacious drugs.

Are first-line fixed-dose combination drugs available for all weight bands in young children, particularly those less than 2 kg?

The very young children remain a problem. There are some indications that in neonates lower doses may be best, but this must still be studied.

Why is ethambutol given separately and not as part of a first-line, fixed-dose combination drug for children?

For a lot of childhood TB four drugs are not necessary and ethambutol carries a small risk of optic neuritis.

Thus if it is not really necessary we prefer to leave it. If children have severe forms of disease — TB meningitis, miliary TB or adult type disease with cavities — then they should receive four drugs as is the case with adults.

Such children, however, are a relatively small percentage of the children needing treatment

Do we know the pharmacokinetics of first-line drugs for the WHO revised dosages in children, particularly for those weighing less than 2 kg?

Not those for children weighing less than 2 kg.

Do we know the pharmacokinetics and pharmcodynamics of second-line drugs?

In most cases not very well, but studies are being carried out.

How correct are we in following the adult dosing recommendation for children in the case of second-line drugs in the complete absence of information on pharmacokinetics?

Interesting question. In the case of second line drugs we will often be uncertain what the best dose for adults is; often the doses in adults are limited by toxicity.

Is it not true that pharmacokinetics of some second-line TB drugs may be different in adults and children? Then on what basis are we following the adult dosing for children as well?

As with first-line drugs the doses of drugs may well be different in children and adults.

In the past we used percentage tables to approximate the children’s doses on the basis of their weight. These might come fairly close to the truth, but one really must do studies to show this.

Will such dosing practices not lead to toxicity and hence lack of adherence to second-line drugs for MDR-TB in children, particularly those aged under five years?

Toxicity in children will not differ greatly from that in adults, but the commonest forms of toxicity (liver toxicity for example) are less common in children.

However, if children have severe forms of MDR-TB disease they must be treated and there are not yet any alternatives to the second-line drugs.

Do we know the interactions of different second-line drugs when given to children to treat MDR-TB?

These interactions will most likely be the same as in adults, but, of course they must be studied.

Yes. There is no reason to think that the microbiology or pathology of TB in children differs from that in adults. It is the phrmacokinetics that we are interested in.

A person, be it adult or child, is called as MDR-TB only when he/she is resistant to at least isoniazid and rifampicin.

Besides other drugs, what is the logic behind treating children with higher dosage of isoniazid?

There are two INH [isoniazid] mutations that cause most INH resistance; the mutation in inhA causes low level INH resistance and there is evidence that using high dosages of INH can have a beneficial effect.

(The Correspondent is a recipient of the 2013 REACH Lilly MDR-TB Partnership National Media Fellowship for Reporting on TB.)