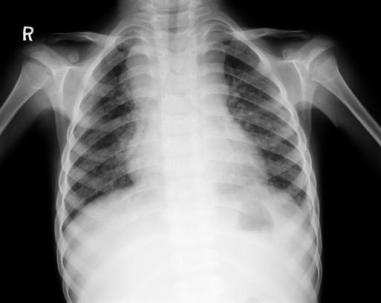 If diagnosing tuberculosis in children, particularly those aged under five years, is fraught with problems, health-care workers at different levels who are unaware of the latest advancements in childhood TB diagnosis and treatment make it even worse.

“Tuberculosis is a part of the training programme when doctors go through a M.D course. So a basic training is provided,” Dr. Soumya Swaminathan, Director of National Institute for Research in Tuberculosis (NIRT), Chennai said. “But we are talking about in-depth training on the recent advances in TB diagnostics and treatment. They [doctors] are not aware of these.”

There is a lack of awareness in India despite the National Revised Tuberculosis Control Programme (RNTCP) and the Indian Academy of Paediatricians (IAP) working together to develop the diagnosis and treatment guidelines.

This brings to the fore the compelling need for ongoing training in childhood TB. “Constant upgradation of knowledge is what is needed,” she said. “Private practitioners are generally not well informed compared with government doctors. So there is a need to reach out to private practitioners and train them.”

“Unfortunately, even in high TB burden countries, many paediatricians know little about TB and do not diagnose it in a timely fashion. TB is often poorly taught in medical schools and the nuances of childhood TB are virtually never taught,” Dr. Jeffrey R. Starke, Professor of Paediatrics, Baylor College of Medicine, Houston, Texas said in an email to this Correspondent. “As a result, paediatricians do not consider TB diagnosis and a child is not referred to the NTP [national tuberculosis programme] where TB-specific care is provided.”

The need for an engagement with health-care providers of different specialisations and at different levels cannot be overemphasised. “The engagement of all who provide care to children (including paediatricians and other clinicians) is crucial,” the 2006 WHO report on Guidance for National Tuberculosis Programmes on the Management of Tuberculosis in Children notes.

The recently released WHO’s Roadmap for Childhood Tuberculosis report emphasises the same point. “There is an urgent need for greater awareness of and increased screening for TB in children, particularly by services that serve children… Children with TB often present at primary- and secondary-care settings where there is a lack of guidance on how to address the challenges of diagnosing and managing childhood TB,” the Roadmap states.

The Roadmap has identified the need to engage four health-care programmes including maternal and child health services and private health-care sector.

“Overall, training of medical and nursing health workers on childhood TB seems to be variable, but often poor. It is quite good in South Africa, because TB is so common and so it [training] is a part of pre-service curriculum,” Prof. Steve Graham said in an email to this Correspondent. “In so-called developed countries, the general public and the health services lack knowledge of childhood TB because it is so uncommon.”

Prof. Graham is from the University of Melbourne and Murdoch Children’s Research Institute, Australia, and also The Union, France. He was the Chair of the Childhood TB subgroup of the Stop TB Partnership that led the Roadmap.

According to Prof. Graham, the awareness level of the latest developments in childhood TB should trickle down to the lowest level in the health-care system to increase the number of children who would get diagnosed and treated for TB on time. This includes “any health worker who cares for an adult case of TB or any health worker at a primary- and secondary-care level that diagnoses TB in children.”

In February 2013, the WHO Stop TB Department had underlined the need for scaling up training to improve the management of children with TB, increase case-finding of child TB cases in the community and increase implementation of child contact screening and preventive therapy. The “Global Overview of Childhood TB: Plan to scale up training and implement framework” was presented at the 17 Annual Conference of The Union in Vancouver, Canada.

And the following two main target groups were identified for scale up training by the Global Overview — “NTP and the health workers who manage sick children and/or TB cases of any age in the community or at primary health-care facilities and district hospitals. The second group is medical officers, nurses and health-care workers from other community clinics.”

(The Correspondent is a recipient of the 2013 REACH Lilly MDR-TB Partnership National Media Fellowship for Reporting on TB.)