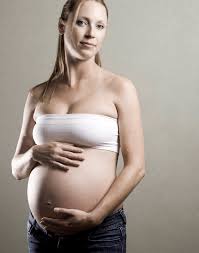 The revised WHO guidelines are easy to follow and is economical too.

Diagnosing gestational diabetes mellitus (GDM) in pregnant women in low- and middle-income countries with high diabetes burden, like India, has become easy thanks to the revised 2013 WHO guidelines. Any intervention that can prevent many more becoming diabetic therefore becomes important. The revised guidelines address the concerns faced by pregnant women with gestational diabetes in developing countries with a non-Caucasian population.

The revision comes 15 years after the world health body came up with its guidelines for diagnosing GDM. Meeting the requirements laid out in the 1999 guidelines was particularly challenging for pregnant women.

Diabetes that develops during pregnancy is called gestational diabetes mellitus (GDM). Though GDM most often resolves after delivery, the effects of elevated glucose levels in a pregnant woman tend to affect the foetus. Foetuses exposed to elevated maternal glucose tend to become big babies before birth (macrosomia). Such babies are at higher risk of becoming diabetic later in life much like the women who had GDM.

A simple solution to prevent this is to go in for universal screening of pregnant women for gestational diabetes and to keep the glucose level within desired levels — fasting plasma glucose 90 mg/dl and two hours after meal — 120 mg/dl. “But it was difficult to follow the 1999 WHO guidelines to diagnose GDM,” said Dr. V. Seshiah, Chairman of the Diabetes in Pregnancy Study Group India (DIPSI) and WHO expert committee member on GDM. He is also the Chairman of Dr. V. Seshiah Diabetes Research Institute and Dr. Balaji Diabetes care Centre, Chennai.

The rest of the procedure remains the same. The non-fasting plasma glucose level is tested two hours after 75 gm of glucose is given to the woman. “If the two-hour plasma glucose measurement is between 140 [mg/dl] and 199 [mg/dl], she is diagnosed as GDM,” he said. “The 140-199 range for diagnosing GDM in pregnant women is the same as the one used for diagnosing impaired glucose tolerance (IGT) in non-pregnant adults.”

WHO’s non-fasting plasma glucose testing recommendation makes testing easy for pregnant women. The non-fasting test is patient-friendly and causes the least inconvenience to pregnant woman. The single-step procedure is easy to follow, economical, simple and evidence-based. “Women develop nausea or tend to vomit if they are given 75 gm glucose in a fasting stage,” Dr. Seshiah said.

Several studies done by a team led by Dr. Seshiah have found that the non-fasting test two hours after 75 gm glucose challenge had no statistically significant difference from the fasting test. The single-step procedure is followed in India, Pakistan, Sri Lanka and Bangladesh.

Screening for gestational diabetes should be done in the first trimester (at least by 12-16 weeks). Earlier, the screening was done at 24-28 weeks. The reason why WHO does not recommend the late screening (24-28 weeks) is because by the 12th week, the beta cells develop in the foetal pancreas. And these foetal cells respond to the elevated maternal glucose levels. As a result, when the foetus gets more than the required amount of nutrition (glucose), it gets converted into foetal fat; the foetus thereby gains weight and becomes big. So, the earlier the screening of pregnant women, the better the foetal outcome.

Often, a modified meal plan (staggered, small portion meals) is sufficient to control the elevated maternal glucose level. “In our study, over 90 per cent of GDM women responded to a meal plan. Only 10 per cent required a very low dose of insulin,” he said.