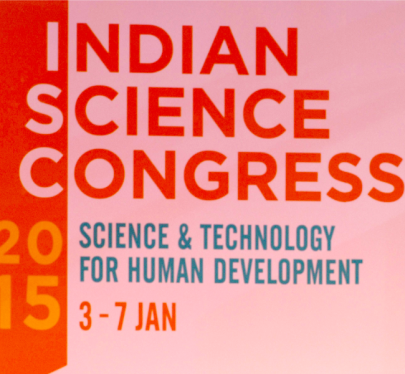 The 102nd Indian Science Congress being held in Mumbai will be remembered for a very long time to come, but for all the wrong reasons. For the first time, the science congress had a session on “Ancient Sciences through Sanskrit”. If the Indian Science Congress had long lost its eminence as a forum where results of serious science being done in the country are presented and discussed in most sessions, the inclusion of Ancient Sciences through Sanskrit has only lowered its standing further. Even as a public session, there is no real reason whatsoever for it to have been included in the proceedings. At best, a session could have been devoted to the history of Indian science which has real and substantial achievements to celebrate, with serious scholars working on the subject presenting papers. With Prime Minister Narendra Modi setting the tone for this antiquity frenzy with his implausible claims that cosmetic surgery was practised thousands of years ago and in-vitro fertilisation-like procedure was resorted to long back, and different political leaders following it up with several other incredible claims well before the start of the national event, the reason for the inclusion of the session becomes supremely clear. Instead of fostering scientific temper, the congress has provided a forum to seed the minds of young people with pseudoscience. Some of the papers presented were about Indians’ “knowledge of making aeroplanes” that could undertake interplanetary travel, between 7000 and 6000 BC, and “radars” that worked on the principle of detecting energy given out by animate and inanimate objects and finding out if a body was dead or alive.

Science is grounded on the principle of reproducibility of results. The claims of advanced science and technology in the ancient world are based on some references in ancient scripts that may be wholly imaginary. Flying, for instance, has caught humankind’s imagination across cultures right from ancient times. Such references should be taken for the myths they are, not as scientific facts. Scientists have been able to create animal chimeras that have cells/organs of different species, much as what Greek mythology describes. Should the Greeks then be taken as pioneers in the science of chimera production? Thanks to our understanding of genetics and the ability to fertilise eggs outside the body, producing designer babies is no longer in the realm of science fiction. Should the creators of the science fiction then be credited with devising the procedures? Compare this with how Sir Arthur C. Clarke documented his idea of communications satellites in a concept paper published in 1945. Dozens of geosynchronous satellites launched each year do precisely what Sir Arthur had visualised there.