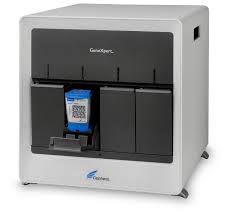 For the first time in India, the superiority of Xpert MTB/RIF over smear microscopy for bacteriological confirmation of pulmonary TB and in diagnosing MDR-TB (Multi Drug Resistant-TB) patients before initiating any treatment has been proved in a large-scale study undertaken in 2012-2013.

The latest study, the largest in the world, found that using Xpert molecular test as an initial diagnostic test for TB in public health facilities “increased the rate of TB case notification by 16 per cent and of bacteriologically confirmed TB by 39 per cent.” Also, the rifampicin-resistant TB case notification increased by “fivefold,” notes a paper published recently in the journal PLOS ONE . Dr. K.S. Sachdeva, Additional Deputy Director General of the Central TB Division, New Delhi is the first author.

Unlike smear microscopy, Xpert has excellent sensitivity and specificity to TB and can return results in less than two hours. Besides diagnosing TB, Xpert can tell if a subject has rifampicin drug resistance.

The results strongly suggest that Xpert can substitute smear microscopy as an initial diagnostic test to diagnose more number of TB cases and also for diagnosing rifampicin resistance. The fivefold increase in identifying rifampicin resistant cases became possible only because Xpert was used for testing drug resistance in all presumptive TB patients. Conventionally, drug susceptibility testing is offered rather selectively to patients who have already been diagnosed as suffering from TB and who run a high risk of having drug resistance.

Also, almost one-third of rifampicin resistant TB cases were detected by using Xpert in treatment naïve cases. In India, the prevalence of rifampicin resistance in new TB cases is estimated to be around three per cent. Generally, drug resistance comes up in those who have been irregular in taking TB medicines or in those who have stopped medication midway through the treatment.

“This finding demonstrates the potential impact of extending universal DST [drug susceptibility testing] to all presumptive TB cases under routine programme conditions in improving case finding of TB as well as rifampicin-resistant TB, particularly in areas where drug-resistance in treatment naïve cases is of substantial concern,” the authors state. The observations may be useful in guiding the decisions on scale-up of universal DST in the country.

The study has another important implication. Regardless of prior treatment history, treatment for MDR-TB can be initiated immediately in those patients who are found to be rifampicin resistant through Xpert diagnostic testing, they note.

As per the WHO guidelines, there is no need for a repeat drug susceptibility testing for MDR-TB in the previously treated TB patients.

In the case of those who have never been on anti-TB treatment earlier, the researchers say that there is a “strong case” for initiating second-line treatment for TB when Xpert result is positive for rifampicin resistance. Though the WHO guideline requires a parallel confirmatory testing for drug susceptibility using liquid culture for new cases, the question is whether it should be done away with based on the latest study results

The current WHO guideline for a confirmatory drug testing is based on a positive predictive value of 60-65 per cent. But for the first time, this study has had a high positive predictive value of 91.3 per cent for new cases (treatment naïve cases). It is now for the RNTCP to decide whether more research is required before doing away with the need for a confirmatory susceptibility testing in new cases or to issue fresh guidelines based on the results of this study.