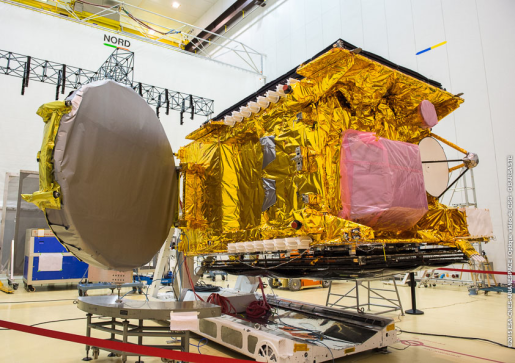 The sighting of the Crab is significant and implies that the specific instrument on board can locate X-ray sources. It would further view other celestial X-ray sources and aid Indian research on them.

“This is only the beginning, with many more events to unfold”, ISRO said. The nebula was detected on October 9 [at the same time] by both the Mission Operation Centre at Peenya, Bengaluru, and the Payload Operation Centre, IUCAA, Pune.

As a result, the signal from the Crab Nebula was swamped by noise (background photons) and hence the scientists could not spot the nebula in the very first orbit.

“Once outside the SAA region, the Crab Nebula was behind the Earth for most of the time,” Dr. Bhalerao said. “After a couple of orbits, we could finally see the Crab. The scientists by then were able to suppress the noise and detect the signal from the Crab Nebula. “On more analysis, we can now see the Crab from parts of all orbits. In hindsight, it becomes easier,” he said.

The multi-wavelength ASTROSAT was launched on September 28 with its five scientific instruments.