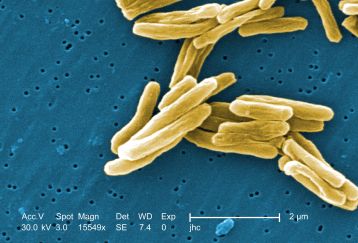 These tweets came soon after the “Out of Step 2015” report on TB policies in 24 countries, including India, was presented recently at the 46th Union World Conference on Lung Health in Cape Town, South Africa. The report was jointly prepared by Stop TB Partnership and MSF Access Campaign.

“The results of the survey show that many countries need to take bold steps to bring their policies up to date with the latest international standards,” the report noted. India’s TB policies have been found wanting on several counts.

For instance, unlike South Africa, Brazil and the Russian Federation which have recommended rapid molecular testing (Gene Xpert) instead of sputum smear microscopy as the initial diagnostic test for all presumptive TB cases, India has recommended its use only for people at risk of multidrug-resistant TB (MDR-TB) or HIV-associated TB, paediatric TB and extra-pulmonary TB cases. Even after limiting its usage, the roll-out has been “progressing slowly,” despite having in place “ambitious scale-up plans.”

Despite recording 71,000 MDR-TB cases (both new and retreatment) in 2014, the Indian TB policy continues to recommend the use of Category II treatment regimens containing streptomycin. It uses the drug “despite recommendations for drug susceptibility test for those at risk of MDR-TB,” the report noted.

Dr. K.S. Sachdeva, Additional Deputy Director-General, Central TB Division, Ministry of Health and Family Welfare, counters this. According to him, patients are first tested for MDR-TB and streptomycin is used only in those who do not have MDR-TB.