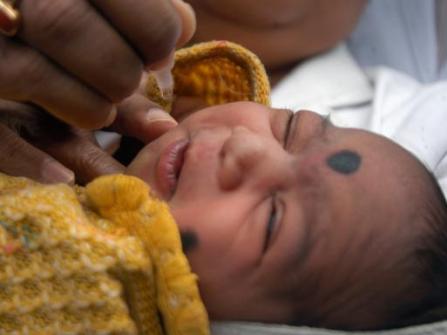 After a year of relative success, the polio eradication drive in Pakistan received a setback on Wednesday (January 13) when a blast near a polio vaccination centre in Quetta killed at least 15 people and injured nearly two dozen others. The Pakistani Taliban and Jundullah have claimed responsibility for the attack. In recent years, militants have banned polio vaccination and targeted health care workers involved in anti-polio campaigns in north-west Pakistan.

After the Central Intelligence Agency (CIA)’s 2011 ploy of carrying out a fake hepatitis-B immunisation programme to gain information about the possible whereabouts of Osama bin Laden, efforts to eradicate polio in Pakistan have since been severely compromised. The fake exercise provided the militants much needed ammunition to thwart the polio vaccination programme through disinformation and brazen killing of health care workers and others connected with it.

As Wednesday’s blast shows, despite the CIA’s best efforts to reassure the world, and particularly Pakistan, that it would not use fake vaccination programmes again to gather intelligence, it has been unable to dispel the canards that militant groups use to justify attacks against health workers.

Occasional attacks on health care workers started back in 2005, but were stepped up in 2008. Militancy and the subsequent anti-terrorist military operations during that year led to a spike in the number of cases from 32 in 2007 to 117 in 2008. But the worst was yet to come.

Following the CIA’s operation, in 2011 and 2012 Pakistani Taliban militants effectively prevented nearly a quarter-of-a-million children in North and South Waziristan from getting vaccinated against polio. As a result, the number of children crippled by polio in 2014 spiked to 306; the number of cases worldwide was only 359.

Like in 2008, the military operation against the militants in June 2014 left many areas out of bounds to vaccinators and a large section of the population remained without any protection against the disease. About 56 per cent polio cases — of the 306 polio in 2014 — were in children who not received even a single dose of vaccination, thus underscoring the militants’ capability to keep vaccinators at bay.

However, the crackdown on militants, along with a rigorous implementation of intensive vaccination campaigns during the low-transmission season — between January and April 2015 — had a definite and positive result. Accessibility improved and the number of cases dropped. According to the Morbidity and Mortality Weekly Report, the number of children who were not accessible to house-to-house supplementary immunisation activities was under 35,000 between January and September last year. This was a marked drop from over 250,000 during 2014.

Since November 2014, Pakistan introduced one dose of injectable inactivated polio vaccine (IPV) to boost the immunity of children in the Federally Administered Tribal Areas (FATA) and those displaced from there during the conflict. The IPV coverage as part of routine immunisation has since been expanded to cover other provinces.

Due to better vaccination coverage last year, the number of cases in the January-September period dropped to 34, compared with 243 during the same period in 2014. The total number of cases as on December 13 stood at 49.

It is, however, premature to celebrate the good showing of 2015. Pakistan has been unable to keep the numbers low for consecutive years, leave alone coming close to eradicating polio.

Besides taking the vaccines to the doorsteps of the people, Pakistan has to adopt a multi-pronged approach, particularly to build awareness and dispel the misconception that polio vaccination is a Western conspiracy to sterilise Pakistani children.

The propaganda has been largely successful. A paper published recently in the journal BMC Public Health reveals that in 2014, nearly 85 per cent of the general population in Quetta and Peshawar held negative attitudes towards polio immunisation. The fear of infertility by polio vaccines was as high as 32 per cent. In fact, misconceptions relating to sterility have been a concern even among health care workers.

In September 2014, the World Health Organisation (WHO) declared that polio was no longer endemic in Nigeria. That leaves the disease confined to two countries, Pakistan and Afghanistan. As long as polio exists anywhere, it’s a threat to children everywhere. This is because the possibility of polio spreading from endemic countries to polio-free countries via travellers is real. For instance, between 2003 and 2014, there were 191 new importation events into previously polio-free countries. These importations resulted in 3,763 reported cases in 43 countries, according to a paper published in June 2015 in the journal BMC Medicine.

In 2011, exportation of polio from Pakistan to China (polio-free since 1994) led to 10 polio cases in children and 11 in adults; there were two deaths as well. In December 2012, polio virus from Pakistan was discovered in sewage samples collected at two sites in Cairo, Egypt.

To prevent reintroduction of polio, in January 2014 India made it mandatory for all travellers from polio-endemic countries to receive an oral polio vaccination “at least six weeks prior to departure to India”. A key variable in determining if the virus will gain a foothold or spread widely in the case of any importation from Pakistan or Afghanistan is the level of immunity at the population level.

While any flare-up of the disease or disruption of the immunisation programme should be of great concern for India, the only way it can remain disease-free is by increasing the individual and thereby the herd immunity. India, which has already introduced inactivated polio vaccine in six States on November 30, should quickly expand it to the rest of the country. The superior protection offered by the inactivated polio vaccine will go a long way in shielding the population against polio. India has successfully been polio-free for five years and it cannot afford any virus imported from Pakistan to cripple even a single child.