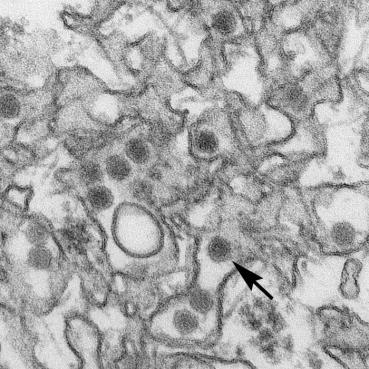 The World Health Organization has declared that the outbreak of Zika and congenital malformations and neurological disorders in newborns believed to be connected to the virus is a global public health emergency. Since the current outbreak began in Brazil in May 2015, nearly 1.5 million people are reported to have been affected. As of January 23, 4,180 suspected cases of microcephaly — a foetal deformation where newborns have abnormally small heads — had been reported in Brazil. There have also been cases of Guillain-Barré syndrome, a condition in which the immune system attacks the nervous system, sometimes resulting in paralysis. A causal relationship between Zika virus and microcephaly is yet to be established, but it is strongly suspected as the virus has been found in the placenta and amniotic fluid of infected mothers and in the brains of foetuses and newborns. As the virus spreads in Latin America and the Caribbean, it has become difficult to estimate the true scale of the epidemic since the infection remains asymptomatic in nearly 80 per cent of cases. The Zika virus has the potential to spread wherever the Aedes aegypti mosquito, that transmits the infection, is found and where people lack natural immunity against it. As in the case of Ebola, no specific treatment or vaccine is currently available for the Zika virus; there are no rapid and reliable diagnostic tests either. All this is likely to change as the WHO’s declaration galvanises international response to improve surveillance, detect infections and study the causal link between Zika infection and microcephaly and Guillain-Barré syndrome. However, unlike diagnostic tests, vaccine development may face ethical problems as it would need to be tested on pregnant women, who are the worst-affected.

Though there are stray hints of the Zika virus spreading through bodily fluids, the virus is normally spread by the Aedes mosquito. The WHO has urged all countries where dengue is endemic to be on high alert and look out for cases of Zika. The current natural immunity against the virus in the Indian population is not known. And since the Aedes, the vector for both the dengue and Zika viruses, is widespread in India, aggressive mosquito control measures are needed. India’s poor mosquito control measures are highlighted every dengue season — the number of reported cases doubled from 40,571 in 2014 to 84,391 in 2015 (up to November 15). Unlike in the case of Ebola, laboratory capacity to confirm Zika cases is needed as clinical diagnosis is unreliable; moreover, symptoms of Zika infection are similar to those of dengue. Besides the Delhi-based National Centre for Disease Control and the Pune-based National Institute of Virology, which are equipped to confirm Zika diagnoses, 10 regional laboratories could assist in testing. Surveillance for case clusters and newborns with typical symptoms too has been activated. The Union Health Ministry has advised pregnant women to “defer/cancel” travel plans to Zika-affected countries. Given the prevalence of the Aedes in India, public health authorities must strengthen contingency plans.