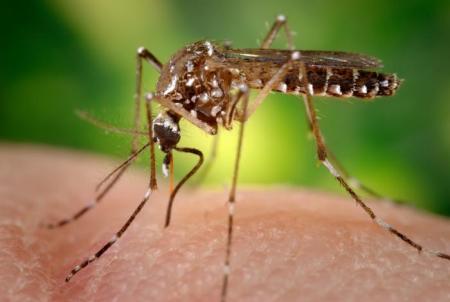 Brazil has so far refused to share Zika samples and data with WHO collaborating centres. -Photo: James Gathany, CDC

The World Health Organisation (WHO) may have designated the Zika virus and its suspected complications in newborns as a public health emergency of international concern, but this has not concerned Brazil which has so far refused to share virus samples and data with WHO collaborating centres.

This is not only frustrating and delaying the development of rapid and reliable diagnostic tests, vaccines and therapies, but also hampering science.

The virus is strongly suspected to have caused microcephaly (a foetal deformation of an abnormally small head) in nearly 4,200 children. This is the first time that the virus is shown to have any association with microcephaly. Studies have to be undertaken to find the causal link between the virus and the congenital condition. According to Associated Press, which broke the story, this reluctance to share samples boils down to legality. “At the moment, it is technically illegal for Brazilian researchers and institutes to share genetic material, including blood samples containing Zika and other viruses,” it said. A new law was signed off by Brazil’s President Dilma Rousseff on how “researchers use the country’s genetic resources” but the regulatory framework is yet to be drafted, leaving the researchers in a “limbo”.

Speaking to AP on February 5, the Cabinet chief’s spokeswoman said that Brazilian officials would soon decide whether to amend the country’s rigid procedures for sharing Zika samples. Meanwhile, Brazil is sending a set to U.S. researchers, though the number and their precise nature is not known.

The reluctance may stem from the uncertainty about how the samples would be used and in what way Brazil would stand to gain by sharing them. The president of the Oswaldo Cruz Foundation, Brazil’s premier state-run research institute for tropical diseases, Paulo Gadelha, told AP that “cooperation was important but that it had to be tightly regulated”.

Not a new stand

But Brazil’s stand is not new. In 2007, Indonesia, which was the hotspot for H5N1 outbreaks, pulled out of WHO’s Global Influenza Surveillance Network [now called the Global Influenza Surveillance and Response System (GISRS)] and refused to share samples with WHO collaborating centres. In this case, an Australian drug company developed a vaccine using the Indonesian H5N1 strain but without letting them know or their consent. Also, as suppliers of the raw material, countries like Indonesia did not have guaranteed access to cheap vaccines developed using their samples during a pandemic.

The stand-off led to the creation of the Global Initiative on Sharing Avian Influenza Data (GISAID), an Internet-based platform to which scientists could upload influenza sequences as well as epidemiological and clinical data.

In the SARS outbreak in 2002, China’s secrecy was widely criticised. But in 2013, during the H7N9 outbreak in China, it not only readily shared live virus samples with WHO and other laboratories but also uploaded the genetic sequence to the GISAID database on the day the first case of infection was reported.

Unfortunately, there was an unpleasant development once China shared the genetic sequence. Novartis in Basel and the J. Craig Venter Institute in Rockville, Maryland, U.S., planned to use the data to make H7N9 vaccines but without informing or involving the Chinese team. Things were quickly sorted out once GISAID intervened, but it brought out the ugly side of sharing genetic sequences.

In the case of Zika, following Brazil’s stand, countries have now had to make do with samples from previous outbreaks. Although several outbreaks of Zika have been reported before 2007, the number of human cases has been limited to 14.

Strangely, experts have been dismissive of Brazil’s stand. Dr. Sylvie Briand of WHO told AP that “obtaining the latest strains wasn’t critical because the mosquito-borne virus has not mutated”.

In an email to this writer, Lawrence O. Gostin from the O’Neill Institute for National and Global Health Law, Georgetown University Law Center, Washington DC said, “The Zika virus, like all viruses, mutates and must be studied for the global good. We need an international treaty for sharing viruses and equitable access to the benefits of research. The International Heath Regulations should be reformed to include virus sharing.”

In all this, there is a bright spot. The complete genome of the Zika virus circulating in Latin America has been sequenced by scientists at Institut Pasteur in French Guiana (The Lancet, January 7, 2016), using one of the five Zika samples from Suriname.

Few complete genomes were available for the Zika virus, and until this analysis, none for the virus circulating in the Americas. The genome shows that it belongs to the Asian lineage and presents over 99 per cent similarity with the strain responsible for the epidemic in French Polynesia in 2013-2014.

One thought on “Zika: When research goes off the rails”