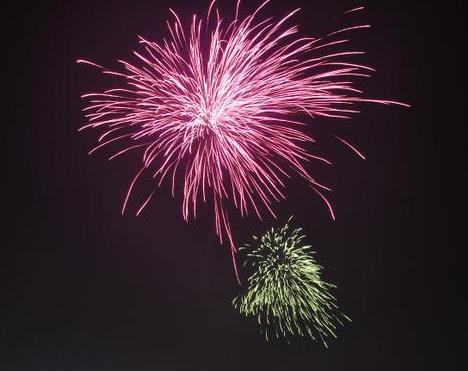 Investigators probing the cause of the fireworks disaster, which killed over 100 people and injured a couple of hundreds more, at the Puttingal Devi temple near Kollam on April 10, hinted that rival teams possibly used potassium chlorate, a banned explosive. They had also probably sourced the chemical illegally from matchstick factories.

Potassium chlorate was discovered by French chemist Claude Louis Berthollet during the end of the 18th Century.

According to the Royal Society of Chemistry, potassium chlorate has very powerful oxidising ability. When heated, it decomposes to produce oxygen.

The oxygen so produced fuels the flame of the lit firework, thereby increasing the temperature of the firework even further. The extra heat generated “excites the electrons in the colour-producing chemicals added in the firework mixture and thus produces beautiful colours.”

The oxidising property of potassium chlorate is also its biggest disadvantage when used in fireworks. It has an inherent property to become very reactive, especially when mixed with sulphur; the potassium chlorate-sulphur mixture becomes dangerously sensitive to friction and may spontaneously ignite.

The same principle is used in safety matches but for producing fire. Matchstick head contains tiny amount of potassium chlorate (oxidiser) mixed with antimony sulphide (fuel) and powdered glass. When matchsticks are struck against the side of the box, the friction generated is sufficient to ignite the red phosphorus. Like in fireworks, the heat generated by the burning red phosphorus decomposes the potassium chlorate in the head. Extra oxygen is released by potassium chlorate aids the fuel in the matchstick head to burn better and eventually burn the wood.