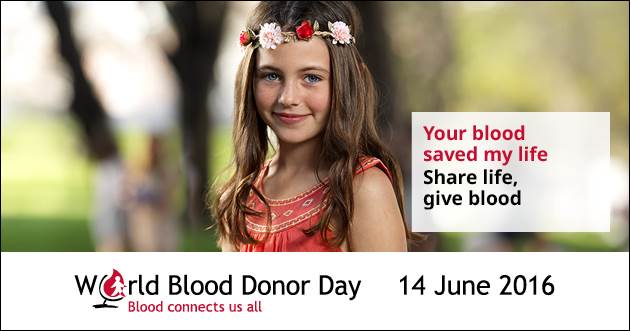 India has come a long way in making safe blood available throughout the year, but much remains to be done before we reach the cherished goal of 100 per cent voluntary donation and the availability of safe blood across the country at all times. This is food for thought, especially on World Blood Donor Day which is observed every year or June 14.

Here is why. Voluntary donors from low-risk populations form the cornerstone of a programme of safe and adequate blood supply. Yet, voluntary donation comprises only about 70 per cent of the demand in India, with the rest being met by replacement donation.

Replacement donors are friends and relatives of a patient who donate blood as replacement for the blood given to the patient. Though paid blood donation was banned in January 1998 after the Supreme Court’s directive, replacement donation now ensures that professional donation continues to operate in the form of relatives/friends.

That professional donors pass off as replacement donors at blood banks and hospitals is rather a norm in the case of patients who have been admitted to tertiary care hospitals in a new city.

At times, these replacement donors (friends and relatives) are more likely to harm the recipients by hiding or overlooking the many don’ts of donation. Compounding this is the fact that many hospitals and banks often never care to study their elaborate medical history and carry out behavioural screening.

Though voluntary self-deferral to donate without citing reasons is widely accepted, replacement donors rarely resort to it either to hide their high-risk behaviour or due to pressure to meet the immediate demand for certain units of blood. As a result, the prevalence of HIV, hepatitis B, and hepatitis C is much higher among family donors when compared to voluntary donors, as a 2012 study published in the Asian Journal of Transfusion Science found.

Though donated blood is screened for transfusion transmitted infections (TTI) such as HIV, hepatitis B, hepatitis C, syphilis and malaria, the tests fail to detect the diseases in the window period of infection.

In the case of HIV, the window period (time between exposure to infection and the point when the test reflects accurate results) varies depending on the sensitivity and specificity of the assay used. Further, the risk of replacement donors having TTIs is 1.5-2.5 times higher than for voluntary donors, a September 2015 study in The Indian Journal of Medical Research notes.

Donating safe blood can become a reality only when replacement donors are phased out and the focus is shifted to increasing blood collection through voluntary donations to meet ‘over 95 per cent of blood requirement’. This can be done through increased awareness, providing appropriate facilities for people to donate blood, and improved donor retention.

The concerted efforts by the government, blood banks and others have resulted in a progressive increase in voluntary blood donation. From about 54.5 per cent in 2006, the amount of blood collected from voluntary donors rose to 84 per cent in 2013-2014 in National AIDS Control Organisation (NACO)-supported blood banks. The total annual amount of units collected has also shown an absolute increase in over 10 years — from 4.4 million blood units in 2007 to 10 million units on average in the last three years. A study to estimate requirements is now under way.

The percentage of voluntary donations during 2015-2016, after excluding for family donors, was 79 per cent, says Dr. Shobini Rajan, Assistant Director General (Blood Safety) of NACO.

In order to phase out replacement donation “in a time bound programme”, the National Blood Policy of 2007 was formulated to shift the onus on institutions that prescribe blood for transfusions to procure blood for their patients from licensed banks. But this didn’t happen, as the 2015 paper in the Indian Journal of Medical Research reveals. Nearly 97 per cent of donations made (2005-2013) at the Indraprastha Apollo Hospitals, Delhi, came from replacement donors, the study says.

There is now a more viable alternative. In August 2015, the National Blood Transfusion Council decided to allow even hospital-based private blood banks to conduct donation camps. However, the Drugs and Cosmetics Act 1940 and Rules 1946 would have to be amended and notified before the change can be effected.

While the bulk transfer of blood and blood components between blood banks even across States was permitted in August last year, there are still 82 districts in the country without even one blood bank, including private ones, says Dr. Rajan.

The World Health Organisation’s theme of this year’s World Blood Donor Day on June 14 is “Blood connects us all” highlighting the common bond that all people share in their blood. The slogan, “Share life, give blood”, draws attention to the role that voluntary donation systems play in encouraging people to care for one another and promoting community cohesion, the WHO says.