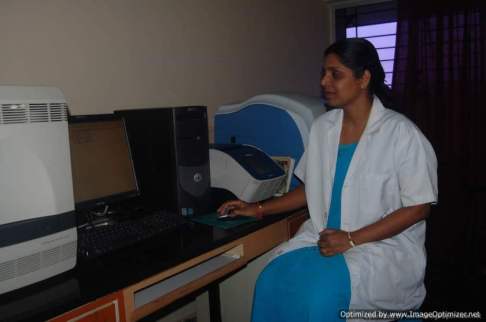 Of the several genetic variants for Type 2 diabetes that have been identified through genome wide association studies (GWAS), Prof. Padmalatha S. Rai from the Department of Biotechnology, School of Life Sciences, Manipal University, Manipal, Karnataka and her team examined the possible correlation of nine most significant genetic variants for Type 2 diabetes in an Indian population.  They also looked at the “interactive effect of these gene variants on the risk of Type 2 diabetes in the Indian population”. The study involved 1,156 individuals with diabetes and without diabetes from Karnataka. The results of a study were published on June 16, 2016 in the journal PLOS ONE.

Over 65 genetic variants for Type 2 diabetes have been identified through GWAS from Caucasian and other populations. Out of this, the researchers picked up the nine most significant and commonly seen variants in many populations for further scrutiny.

The researchers found two variants (of TCF7L2 and SLC30A8 gene) of the nine selected variants were responsible for 29.6 per cent population attributable risk of Type 2 diabetes. The study confirmed the independent association between the two variants and type 2 diabetes. “But we can’t rule out that the other seven variants have no role in increasing the risk of Type 2 diabetes,” says Dr. Rai. “Though individually they don’t contribute to risk, they may interact with one another and increase the risk of disease susceptibility in the population.”

While these two variants have together been found to be responsible for nearly 49 per cent of population attributable risk in Caucasians, it is only 29.6 per cent in the case of the Indian population.

In general, the higher the number of risk alleles in a person the greater the risk association in a person. In the Indian population studied, 14.5 per cent of individuals who had 13-14 risk alleles had four times increased risk of diabetes compared with 1.3 per cent people who had more than 5-6 risk alleles.

However, in spite of having over 13-14 risk alleles, some individuals still did not develop diabetes. “This may be attributed to other risk factors such as obesity, diet, life style and other environmental factors,” Prof. Rai says. After all, approximately 26 per cent risk for Type 2 diabetes comes from genetics. So individuals with higher number of risk alleles and higher BMI have a greater risk of developing diabetes.

The risk allele frequencies of these variants in the Indian population were entirely different with those from Caucasian population. So the contribution of variants to Type 2 diabetes is not convincing across different ethnicities or to a particular genetic background, she says.

Hence, identification of individuals at high risk of developing diabetes is of great importance not only for deciphering disease aetiology but also from the point of health care management to halt the rise in diabetes.