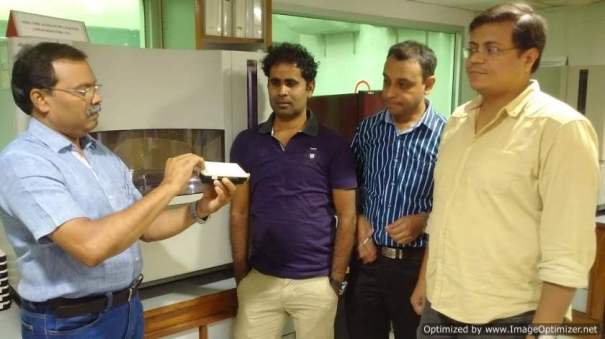 A study of skin colour of 1,167 people belonging to 27 ethnic groups living in Uttar Pradesh and Bihar found that social structure defined by the caste system has a “profound influence on skin pigmentation”. The skin colour was found to vary significantly among ethnic groups and social categories studied.

Accordingly, Brahmins of Uttar Pradesh have the fairest skin while Manjhis (Majhwars) have the darkest skin (highest skin pigmentation). Bhagats exhibit maximum variation in skin pigmentation. Four social groups — general, scheduled caste, other backward caste and religious group — were studied. The results were published in The Journal of Investigative Dermatology.

The association of rs1426654, a key single nucleotide polymorphism (SNP) in SLC24A5 gene, with skin colour has been well established. In fact, this SNP explains 25-38 per cent of pigmentation differences between Europeans and west Africans. “In addition to rs1426654, our study found another SNP (rs2470102) to be significantly associated with skin colour in the Indian population,” says Dr. Kumarasamy Thangaraj from the Centre for Cellular and Molecular Biology (CCMB), Hyderabad and the corresponding author of the paper.

The new SNP was found to independently affect skin pigmentation variation among the Indian population. While the well known SNP (rs1426654) has been found to have a significantly larger effect on skin colour ranging from Europeans

Brahmins of Uttar Pradesh have the fairest skin and Manjhis have the darkest skin.

In a subsequent study, Dr. Thangaraj and his team genotyped 1,825 individuals belonging to 52 diverse populations in India. They found the allele frequencies of the two SNPs were similar among the Indian population and spread across the population. “Like in Uttar Pradesh and Bihar, the proportion of both mutant and wild homozygous alleles is distributed in differently frequencies in different populations across the Indian population. Also, the H1 haplotype was not exclusive to any particular population or social category,” he says.

The study found that ultraviolet radiation-based selection model alone cannot account for the entire range of variation in skin colour seen in the Indian population. Rather, it is interplay between selection pressure for lighter skin in response to relatively less sunlight and admixture of the two founding populations of India.