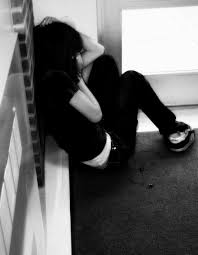 The proportion of people with depression who sought care increased six-fold from 4.3 to 27.2 per cent in 30 villages in the Amravati district of Vidarbha. The proportion of people who accessed mental healthcare was the same across sex (53 per cent males and 47 per cent females), education, income and religion. As a result, the prevalence of depression among nearly 1,900 participants dropped from 14·6 to 11·3 per cent during this period. The results were published on January 5 in the journal The Lancet Psychiatry.

The Vidarbha region has witnessed a large number of suicides in recent years. While other benefits have been extended to people in the region, access to mental care has not been provided. The intervention was carried out by VISHRAM (the Vidarbha Stress and Health ProgRAM), a grass-root community mental health program that has been designed to address the mental health risk factors for suicide (depression and alcohol use disorders).

There were just eight counsellors providing advanced psychosocial care and 39 community workers who helped increase awareness about mental health in the 30 villages. A baseline survey was conducted on nearly 1,500 participants who were randomly selected and another survey was carried out on nearly 1,900 randomly chosen people at the end of 18 months.

In India, 2-3 per cent (13 million people) adults suffer from depression. Yet, only about 4.3 per cent access mental care and nearly 90 per cent do not.

Published in The Hindu on January 5, 2017
Advertisement