In a bid to tackle the growing menace of researchers publishing in predatory journals, the University Grants Commission notified on January 10 a list of journals in different disciplines where researcher scholars and teachers can publish their papers. Only papers published in the approved journals will be recognised at the time of recruitment and for granting points (under the Academic Performance Indicators (API) system) to teachers in colleges and universities at the time of assessment for promotion. “This is a dynamic list which may be reviewed from time to time,” says the notification.

“This is only a tentative list.  The list of journals was taken from Scopus. Lists of journals sent for consideration by different universities are yet to be taken into consideration. We will do it shortly,” says Satish Kumar, Under Secretary, UGC, Delhi. “The list mainly covers different fields in science. Journals in social science and humanities are yet to be included.” 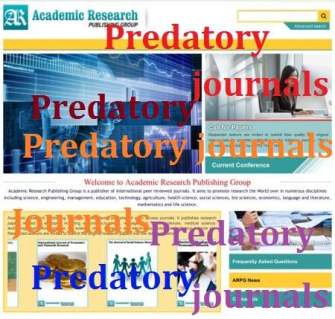 “The main objective of preparing the list is to discourage researchers from publishing in predatory journals,” Mr. Kumar says. “Though government institutions, IITs, IISERs and NITs don’t come under the purview of UGC, it is up to those institutions to adopt this list. If they wish they can use this list at the time of recruitment and promotion.”

While predatory journals have been mushrooming at an alarming rate in India, research scholars and teachers have been publishing their work in such journals to meet the UGC’s stipulation — at the time of recruitment candidates should have published two research papers from his/her Ph.D. work, of which at least one must be in a refereed journal. Similarly, points awarded for publishing papers in journals with different impact factors (between 1 and above 10) are taken into account while considering a person for promotion. With publishers of predatory journals giving themselves meaningless impact factors, those publishing in such journals were able to meet the requirement for recruitment and/or promotion. Predatory journals are by rule open access journals. 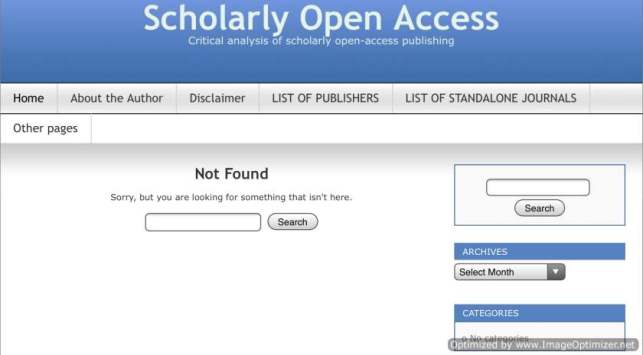 Luckily, the UGC has come up with the list at a time when Prof. Jeffrey Beall’s blog (Scholarly Open Access), which had a long list of confirmed and suspect predatory journals that any serious researcher can stay away from, has shut down. “Sorry, but you are looking for something that isn’t here,” says a message posted on his blog. He has 6,750 followers.

Prof. Beall, who is a Scholarly Communications Librarian at Auraria Library, University of Colorado, Denver, was the first to coin the term “predatory journals”. He had single-handedly highlighted the ways in which predatory journals have been trapping innocent researchers and providing a platform for dubious manuscripts to be published.

Though many publishers have been bitter with him for exposing them, his efforts have been well appreciated by many in the scientific community, especially those who were genuinely not aware of the ways of predatory journals. The reason why the blog content is missing is not known and I am yet to hear from him?

Meanwhile, it appears that Prof. Beall’s predatory journal list and list of publishers of such journals will soon reappear in a new avatar.