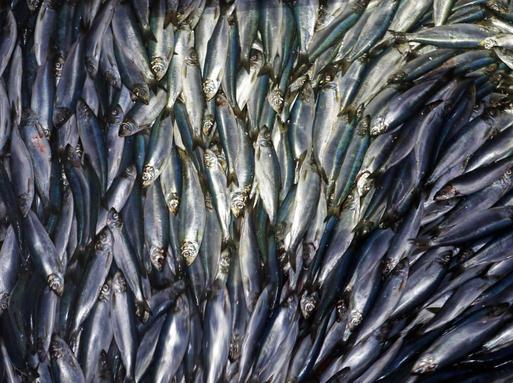 As per a 2015 paper, plastic waste was found in fish from Indonesia and textile fibre in fish from California.

While all anthropogenic debris found in the digestive tracts of fish and whole shellfish sampled in Indonesia contained plastic, it was fibre from textiles in the case of fish from California (there was only 20% plastic waste). The difference in the type of man-made found in fish in the two countries reflects the waste-management practices in the two countries.

In Indonesia, of the 76 fish from 11 different species collected from a market, 21 (28%) had anthropogenic debris in the digestive tract. Of the 11 fish species collected, plastic waste was found six species. At 56%, the Indian mackerel had the most amount of debris, followed by herring at 29%.  Totally 105 plastic pieces were removed from the fish. The average size was 3.5 mm in length and up to 4.5 mm in width.

In the case of fish from 64 fish from 12 different species taken from California, 16 (25%) fish and four of 12 shellfish had man-made fibre from textiles waste inside the digestive tract; six fish had plastic waste. Totally, 30 individual fibre pieces were removed from the fish. The number of anthropogenic particles in individual fish was up to 10 pieces. The researchers were unable to know if the textile fibre found inside fish was synthetic or natural. The average length of fibre 5.5 mm and width was up to 0.05 mm.

“As anthropogenic debris is associated with a cocktail of priority pollutants, some of which can transfer to animals upon ingestion, this work supports concern that chemicals from anthropogenic debris may be transferring to humans via diets containing fish and shellfish, raising important questions regarding the bioaccumulation and biomagnification of chemicals and consequences for human health,” notes the paper.

Small-sized man-made debris has been shown to cause “physical damage leading to cellular necrosis, inflammation and lacerations of tissues in the gastrointestinal (GI) tract. As such, anthropogenic marine debris may cause physical harm to humans when debris is ingested via seafood,” the paper says.

It was always known that of the huge plastic waste that enters the world oceans, certain percentage of degraded plastic in the form of tiny particles would be consumed by fishes and other marine animals and ultimately enter the food chain.