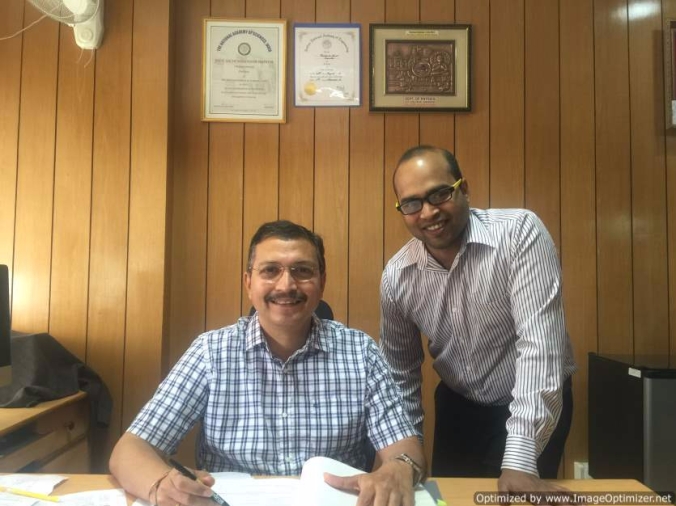 Contrary to the general notion that pre-monsoon aerosol loading results in decrease in seasonal rainfall, a long-term (2002-2013) satellite observational study and model-based analysis by researchers from the Indian Institute of Technology (IIT) Kanpur has found that higher aerosol loading results in delayed but more rainfall over Central and Northern India. Higher aerosol loading changes cloud properties in terms of size (both height and width) and microphysics, which results in more rainfall. The results were published in the journal Atmospheric Chemistry and Physics.

Fourteen microns is the agreed raindrop size and until it reaches this size the growth of droplets in the cloud is primarily driven by condensation. When aerosol particles are higher, the number of nucleation sites increases resulting in far too many number of droplets. Under such circumstances, it takes time for the droplets to grow in size through condensation.

“There is an increase in the condensation of water vapour into cloud droplets as the number of aerosol particles increases. But there is a reduction in radius of the drops formed near the cloud base,” says Prof. Sachchida N. Tripathi, from the Department of Civil Engineering, IIT Kanpur and the corresponding author of the paper. This results in delay in the onset and efficiency of the condensation process.

“Although genesis of cloud systems is influenced by various meteorological parameters, aerosols are capable of strongly modifying the cloud structure, dynamics and composition during Indian summer monsoon,” says Chandan Sarangi from the Department of Civil Engineering, IIT Kanpur and the first author of the paper. “Once cloud starts forming due to convection, the presence of more aerosol particles tend to modify the warm phase microphysics as well as ice phase microphysics.”

Two forces — gravity and updraft (vertical velocity) — tend to act on droplets. Under high aerosol loading, rather than falling down as raindrops, the smaller droplets tend to rise upwards in convective atmosphere due to updraft. As the droplets are lifted up they tend to cross the freezing level and turn into ice particles. The process of water droplets turning into ice particles releases more latent heat of freezing and further invigorates the cloud. “Ice turns into water by absorbing heat. Similarly, when water turns into ice it gives off heat. This release of heat further fuels the convection process and the clouds grow taller,” says Sarangi.

“Satellite data showed that clouds are getting taller and wider under high aerosol loading,” says Prof. Tripathi. As the height of clouds increases, the ice particles generated at top of the cloud come in contact with numerous water and ice particles and become bigger in size. This results in more ice mass in the cloud and eventually more rainfall when the ice particles fall down due to gravity. “There is a delay in the onset of rainfall but once it starts raining it covers a wider area and may be heavier rainfall as well,” Prof. Tripathi says.

In the absence of cloud, aerosol particles tend to absorb solar radiation and this leads to warming or less decrease in temperature with height. As a result, there is suppression of convection leading to further suppression of cloud formation.

Till now scientists have shown that presence of more aerosol in pre-monsoon season may lead to reduction in total monsoon rainfall due to aerosol-solar radiation interactions. “But in our study we looked at co-located measurement of aerosol, cloud and rainfall system. The aerosol-cloud microphysical feedback suggests that higher aerosol loading can enhance the strength of convective rainfall and increase the frequency and intensity of extreme rainfall during Indian summer monsoon,” says Sarangi.