With adults tending to become reservoirs of worms, treating the children alone will not help break the transmission cycle.

A year after the Health Ministry started the massive public health exercise of using a single dose of Albendazole drug for deworming millions of children in 2015, the programme was tweaked. Since 2016, the deworming exercise is a biannual event; nearly 150 million children in the 1-19 years age group were given two doses of the drug six months apart. Though the rationale behind increasing the number of doses was to improve the deworming efficacy, studies have shown that it may not bring about significant benefits as children are prone to get reinfected.

While a 2012 paper in Cochrane review based on 41 trials involving more than 65,000 participants who were given a tablet once a year did not find any significant public health benefits, a 2013 study (The Lancet) of one million children in Lucknow showed that even two doses of the drug in a year did not show significant gain in weight, height, or haemoglobin two years after treatment.

Though the government has tweaked World Health Organisation deworming guidelines by not restricting it to school-age children, the programme does not include adults. A 2013 study (Tropical Medicine and International Health) found that hookworm infection rates increased “significantly with age” — from childhood to school age or adolescent and increasing further in adults. Since prevalence of worms increases with age and as adults are excluded from the preventive chemotherapy programme, they tend to become reservoirs of infection and continue the transmission cycle in the community. 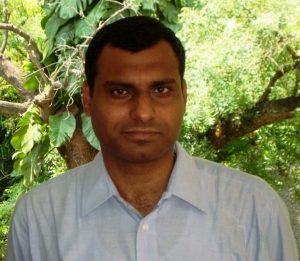 One more study (PLOS Neglected Tropical Diseases, August 2015) has also highlighted only the “limited additional impact” of increasing the frequency of treatment while restricting it to children, in the case of hookworm. This study too makes a strong case for expanding the annual treatment to include adults in order to achieve a community-level reduction in the intensity of hookworm infections. “Treating children alone does not significantly impact the level of transmission. The children get reinfected after treatment because of the reservoir in adults,” the paper says.

Now, researchers from Vellore’s Christian Medical College (CMC) have shown that increasing the frequency of treatment to four times a year and including both children and adults achieves significant reduction in both prevalence and intensity (number of eggs per gram of faeces).

A team led by Dr. Gagandeep Kang, Division of Gastrointestinal Sciences at CMC studied nearly 8,700 tribal participants living in 45 villages in the Jawadhu Hills in Vellore and Tiruvannamalai districts of Tamil Nadu to understand the optimal mass deworming strategy that can produce maximum impact. The participants of all ages were divided into three groups of 15 villages each. While the first group was given the drug just once, the second group received it twice (at month 1 and 2) and the third group was given the drug four times in two cycles (at month 1 and 2, and month 8 and 9). The study was published in the journal Contemporary Clinical Trials Communications.

“The choice of timing of the cycle in the two and four month groups was based on the hookworm biology, taking into account the time it takes for eggs to become infective larvae,” says Dr. Rajiv Sarkar from the Division of Gastrointestinal Sciences at CMC and the first author of the paper. Dr. Sarkar is an Early Fellow of the Wellcome Trust DBT India Alliance and this paper was part of the fellowship work.

“We should consider expanding the programme to include adults if we want to interrupt community-wide transmission. Else, the chances of reinfection from adults are high in case the exercise is stopped. The national deworming programme has achieved high coverage rates, which in turn, has been effective in bringing down the infection rate, but it has to continue for a long time if restricted to children,” says Dr. Sarkar. “If adults are included then the programme may help break the transmission cycle and exercise can be stopped after a few years.”