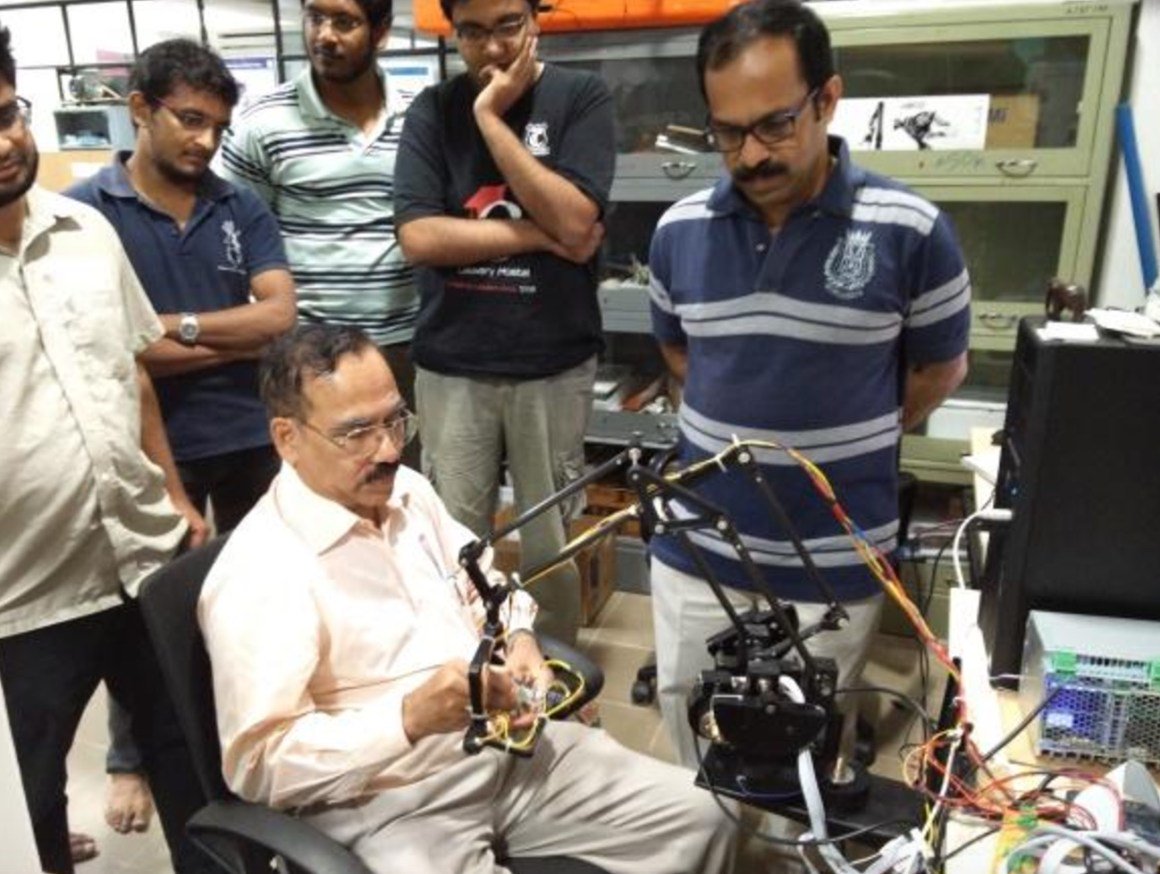 Just like the industrial robots becoming increasingly common on factory floors, surgical robots are making their presence felt in hospitals. However, prohibitive costs and a lack of training facilities are hampering a faster rollout. A trainer surgical robot developed by the Indian Institute of Technology (IIT) Madras could help address this gap to some extent.

Surgeon-assisted robotic operations for several medical conditions are being performed at few tertiary care hospitals in the country. The use of robots offers greater precision and helps surgeons minimise the loss of blood by restricting incisions to smaller areas. Robotic surgery also allows for faster recovery and reduces the chances of complications. But not many hospitals can afford these robots due to their high costs and a lack of exposure to the associated technology.

Now, researchers at IIT Madras have developed a surgical robot specifically for training purposes. Those varieties currently available in the market work on the master-slave principle. The surgeon, sitting away from the patient, controls the master robot and monitors surgery through a vision system, while a slave robot, holding the necessary surgical tool, performs and repeats the doctor’s actions. The IIT Madras training robot has a similar configuration. The master and slave arms have seven degrees of freedom each (i.e. seven ways in which they can act). The prototype has been shown to a few robotic surgeons, according to its developers, the feedback has been encouraging.

“For it to be to converted into a full-fledged surgical robot, it needs to undergo a large number of safety tests and regulatory approvals and clinical trials,” explained T. Asokan, a professor in the Department of Engineering Design.“This process can take a long time. But the robot developed by us can very well be used as a trainer robot in medical colleges.” Prof. Asokan led the research effort under a project funded by the Department of Science and Technology. The current design is aimed at abdominal surgeries – but the developers have clarified that it could be extended to include other procedures in the future. To develop the prototype, the IIT Madras team collaborated with urologists from PSG Medical college, Coimbatore, and an industrial partner.

It is estimated that the trainer robot will cost Rs.6-7 million. “The cost of a commercial robot is around Rs.11.2 million. To get such a costly robot for training purposes would be impossible for medical colleges. An affordable trainer robot will help students to get trained on this futuristic technology,” Prof. Asokan added.

Robotic surgeons, however, feel that much work needs to be done for any developmental robot to become usable on a large scale. “Just as airliners need skilled pilots, surgical robots are best operated by expert surgeons specifically trained in their nuances,” said Dr. Gagan Gautam, head of urologic oncology and robotic surgery at Max Institute of Cancer Care, New Delhi. “Surgical simulation, undoubtedly, is going to play a key part in getting the next generation of surgeons up to speed in performing next-generation surgeries.”

This article was originally published by India Science Wire.