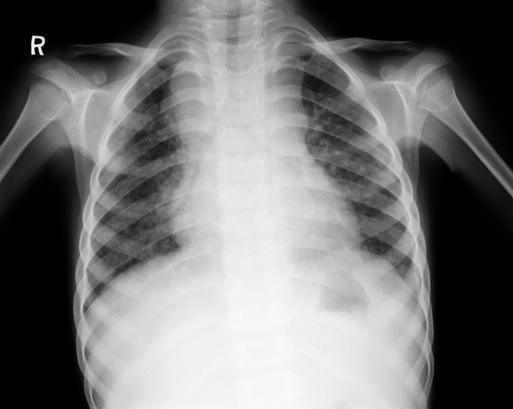 Very often, children who test positive for TB have been in close contact with adults with the disease in the same household.

The RNTCP guidelines on contact screening are heeded mostly in the breach.

About 5,500 of over 76,000 children tested in nine Indian cities have been diagnosed with tuberculosis, 9% of them with multidrug-resistant TB (MDR-TB), highlighting the silent spread of the disease. Though the actual prevalence of MDR-TB among children in India is not known, the results from a limited number of children tested in this sample, under the Revised National TB Control Programme (RNTCP), is worrying.

According to a 2015 study, of the over 600 children who had tested positive for TB in four cities, about 10% showed resistance to rifampicin, a first-line drug. Since the incidence of TB among children is a reflection of the prevalence of the disease in the community at large, the high prevalence of both drug-sensitive TB and drug-resistant TB in children from these nine cities is a grim reminder of the failure of the health-care system to diagnose the disease early enough in adults and start them on treatment.

Very often, children who test positive for TB have been in close contact with adults with the disease in the same household. With up to a couple of months’ delay in diagnosing the disease being the norm, there is a continuing threat of TB spreading among household contacts and in the larger community.

In line with World Health Organisation guidelines, the RNTCP requires all household contacts, particularly children, of a newly diagnosed pulmonary TB patient to be tested and started on treatment if needed. Children below six years of age in the household of a newly diagnosed patient are required to be given the drug isoniazid as a prophylactic even when they do not have the disease.

A proactive approach to testing helps in early and correct diagnosis of all contacts and in cutting the transmission chain. Unfortunately, as several studies have shown, the RNTCP guidelines on contact screening are heeded mostly in the breach. The results from this limited study should now compel the government to take up contact screening more urgently.

In 2010, WHO had revised the dosage of certain TB drugs for children. Fixed-dose combination (FDC) drugs that take into account the revised dosages for children were finally made available in late 2015. The FDCs are meant for treating children with drug-susceptible TB and cannot be used to treat children who require second-line drugs or who have MDR-TB. After more than a year’s delay, a few months ago India finally introduced FDCs in six States. The remaining States will be covered by the end of this year. Adherence to treatment will improve, and correct dosage for children weighing less than 25 kg will become easier when child-friendly FDCs become available throughout the country.

Using the Xpert molecular diagnostic test to screen children with TB is a positive step and should be welcomed, but all the diagnosed children should be guaranteed paediatric FDCs. It would be unethical to deny them this lifeline.