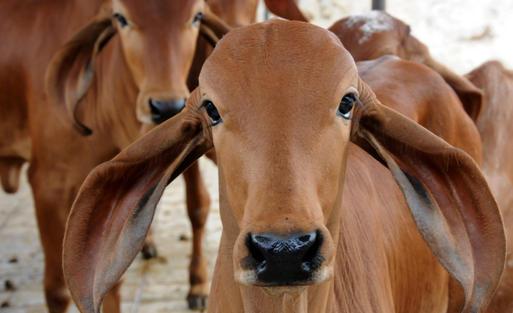 Questionable work published in predatory journals is being showcased by the Department of AYUSH as evidence of the benefits of panchagavya!

No, it is not bullshit. It is Panchagavya.

“One lady with psoriasis all over the body was under allopathic treatment for over one and a half years. She happened to prepare panchagavya for field use and stir the contents with her forearm. After 15 days, the psoriasis in her forearm got fully cured. Following her own intuition, she smeared panchagavya all over the body and to everyone’s surprise the psoriasis disappeared in 21 days,” the Tamil Nadu Agricultural University (TNAU) website claims!

This is yet another case of a tall claim without evidence. And most of the claims about panchagavya fall in the same category. Sample this. According to the TNAU website, the magic potion of panchagavya can “cure arthritis within two months” and help treat several other diseases and conditions such as epilepsy and Parkinson’s. It can reduce blood sugar levels and enable diabetic patients to reduce the dose of anti-diabetic drugs.  In the case of TB, it can reduce the duration of treatment by a month. For people with AIDS/HIV, “even though the blood tests will be positive, patients will exhibit no symptoms of AIDS and lead a normal healthy life,” thanks to panchagavya.

It is beyond me how an agriculture university website should be discussing about the medicinal benefits of panchagavya.

It doesn’t matter that cancer is not a single disease and there is no single cure, panchagavya can apparently cure it all. Shankarbhai Vegad, a BJP MP from Gujarat told the Rajya Sabha in March 2015: “Cow dung and urine can cure cancer. I am witness to it. Cow dung and urine are a 100 per cent cure for cancer.”

For the uninitiated, panchagavya is a concoction of cow dung, cow urine, milk, curd and ghee.

It is to select projects that can help scientifically validate the benefits of panchagavya that a 19-member committee has been constituted, a report in The Hindu says. It will be headed by Union Science and Technology Minister Dr. Harsh Vardhan and other prominent members such as former CSIR Director R.A. Mashelkar, IIT Delhi director Prof. V. Ramgopal Rao and Prof. V.K. Vijay from IIT Delhi. Of course, the committee will be not influenced by three members who have links to the RSS and the VHP!

India’s National Programme — Scientific Validation and Research on Panchagavya — will be coordinated by the Department of Science and Technology (DST), Department of Biotechnology (DBT) and Council of Scientific and Industrial Research (CSIR) in collaboration with IIT Delhi.

At a time when fund crunch at CSIR and ICMR leaves scientists with little funding to carry out front-line research, a national programme with probably huge funding will be trying to validate the benefits of panchagavya for various medical and non-medical purposes. It’s a pity that there has not been any laboratory or animal study carried out scientifically and results published in peer-reviewed journals to justify a national programme to be launched.

“Before launching a large programme such as this, there should be pilot projects and early evidence which shows some benefits. There should be some basis that it would work. Unfortunately, we have not seen any evidence in the form of published work in reputed journals,” says Dr. Anant Bhan, a researcher in Global Health Policy. “There are five components in panchagavya and one would like to know which of those give benefits for which disease, and in which population and at what dosage and duration. Even the composition of the concoction has not been standardised.”

Curcumin, the main ingredient of turmeric, which has been studied for various diseases and conditions has been subjected to tough scientific scrutiny. “Unlike curcumin, panchagavya is a mixture of five components. Each component is a complex entity. One is not sure which one is causing what,” says Prof. G. Padmanaban, former Director of the Indian Institute of Science (IISc) Bengaluru who has studied curcumin extensively. “Each component is a highly variable entity and the time of collection of the components and how it is collected varies. There should be quality control for each component. I am not sure if we can establish that. So it will be very difficult to validate panchagavya.”

“It is always possible to validate panchagavya but the ratio of the five components has to be carefully measured and the dosing has to be meticulously done. Most of the therapeutic components are metabolites and they vary at different times of the year. For example in the case of tulsi leaves, the active component won’t be the same in a tender leaf and a matured leaf.  So the results will not be the same,” says Prof. Gobardhan Das from the Special Centre for Molecular Medicine, Jawaharlal Nehru University (JNU) Delhi.

Forget animal studies and human clinical trials, panchagavya has not been rigorously tested even on cells lines (in vitro).

Prof. Das says that natural components are the greatest resource but the components have to be pure. “Often times, natural components are not stable. Artemisinin [the active ingredient in malaria drugs] has to be modified for optimum activity. More than 125 clinical trials using curcumin failed due to poor bioavailability. So unless curcumin is modified it is useless,” he says.

We need an open mind

“As scientists we should have an open mind and not be prejudiced. Discoveries can’t be made if we don’t have an open mind. But we can’t approach it with blind faith either. There should be healthy scepticism,” says Dr. Girish Sahni, Director-General of CSIR on how he views CSIR’s involvement in the National Programme. According to him, a couple of CSIR labs have got some leads on panchagavya, which have not been followed up.

“Even if we keep an open mind it has to be conditional on good science being followed,” says Dr. Bhan.

Patents yes but no in vitro/animal studies

In place of peer-reviewed studies, what we have are patents (No 6410059 and No. 6896907) granted by the United States Patent Trade mark Office. These patents have been granted to an “Indian innovation which has proved that cow urine can make antibiotics, anti-fungal agents and also anti-cancer drugs more effective,” The Hindu reported in 2002.  What is often not realised is that patents are granted based on uniqueness of an idea or method and surely not on its translation into reality. In the case of drugs, it is not patents but results from animal studies and clinical trials in humans that attest the effectiveness and safety of panchagavya and published in peer-reviewed journals which matter. Forget animal studies and human clinical trials, panchagavya has not been rigorously tested even on cells lines (in vitro).

Unfortunately, the website of AYUSH lists out many “papers” published in “journals” but none of the links leads to the original papers. What becomes apparent is that only a handful of “papers” discuss about panchagavya while a majority deal with cow urine in isolation. It becomes abundantly clear that almost all papers are published in predatory journals. This is a case of questionable work published in bogus or predatory journals being showcased by the Department of AYUSH as evidence of the benefits of panchagavya!