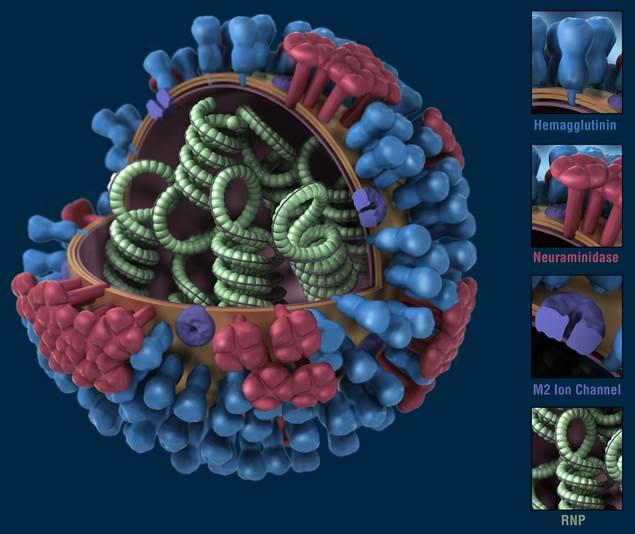 So far this year, 12,500 people have been infected with the influenza A (H1N1) virus in India, of which 600 have died. According to official data, Maharashtra alone has registered 284 deaths, which by itself is much more than the total mortality figure of 265 in the country as a result of H1N1 in 2016. Even in the first three months of 2017, the number of cases and deaths were fairly high, at over 6,000 and 160, respectively.

Maharashtra could have recorded the highest number of cases and deaths caused by the H1N1 virus because of better awareness and and a relatively more robust surveillance system. But there is every possibility of a spike in the number of cases in the coming months with cooler temperatures setting in and winter still months away. Though the incidence of H1N1 is likely to be less than in 2015, when the death toll was about 3,000, (Integrated Disease Surveillance Programme, NCDC) the steady toll being taken by “swine flu” is a big cause for concern.

The whole genome sequencing carried out at Pune’s National Institute of Virology has confirmed that the virus has not undergone any significant mutation to make it more virulent. The virus has undergone point mutations, which is normal and reflects its evolution, but this has no correlation with virulence whatsoever. For instance, the California strain had been circulating around the world since the 2009 H1N1 pandemic. But as a result of point mutations, a new strain — the Michigan strain — emerged last year. India witnessed the circulation of both the California and Michigan strains in 2016. This year, surveillance revealed that the H1N1 virus found in India is only the Michigan strain.

As in the case of the California strain, the Michigan strain too is susceptible to the drug Oseltamivir. In order to make the drug widely available and easily accessible so that treatment can be started early, the drug was moved from Schedule X to Schedule H1 last month. Timely diagnosis and easy and wide availability of the drug are expected to reduce mortality. It could also potentially increase the risk of drug resistance setting in earlier.

There are 42 laboratories providing diagnostic services across the country, and there is a compelling need to increase this number. The primary reason is that any delay in receiving results from reference laboratories combined with ready availability of the drug in more pharmacies will result in more prescriptions being handed out even in the absence of a confirmed laboratory diagnosis.

Since the 2009 pandemic, H1N1 has become a seasonal flu virus strain in India even during the peak of summer. The only way, then, to reduce the number of cases and deaths is by framing a national policy for influenza immunisation. The first step in that direction is to have qualitative and quantitative data on the vulnerable population. Meanwhile, vaccinating health-care workers who come in contact with high-risk patients should be a priority.