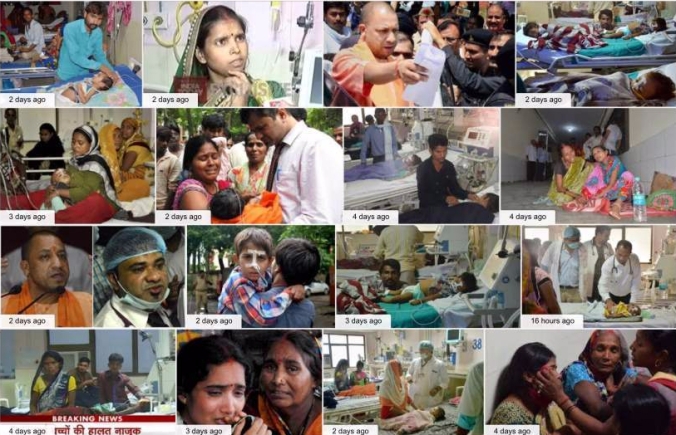 Scenes at the BRD Hospital in the last few days.

Based on a study carried out in 2015, a team led by Dr. Manoj V. Murhekar, Director of the Chennai-based National Institute of Epidemiology, found scrub typhus to be responsible for acute encephalitis syndrome (AES) in 63% of patients admitted to the Baba Raghav Das Medical College Hospital in Gorakhpur.

The study was repeated last year by the same team by comparing children with AES and healthy children who are siblings of the patients or living in the same village.

It found that AES patients had 35 times greater possibility of having antibodies against scrub typhus compared with healthy children thereby confirming that AES was caused by scrub typhus.

Excerpts from an interview with Dr. Manoj Murhekar:

Have you carried out any studies this year on children admitted to BRD hospital with AES? How likely is scrub typhus to have caused AES this year as well?

Besides BRD hospital, is there any other referral hospital in that region? What is the extent of population that BRD hospital caters to?

Why do we see a large number of children with AES each year at BRD hospital?

There is a lot of scrub typhus fever in the community. Between 20-25% of fever in children being attended to at PHCs is caused by scrub typhus. Only a small percentage of these children progress to AES. Most of the cases in the community are sub-clinical with no symptoms or very mild fever. Only some children with fever will progress to AES. The hospital sees 1,500-2,000 cases each year and 80% of these cases are during July to October. 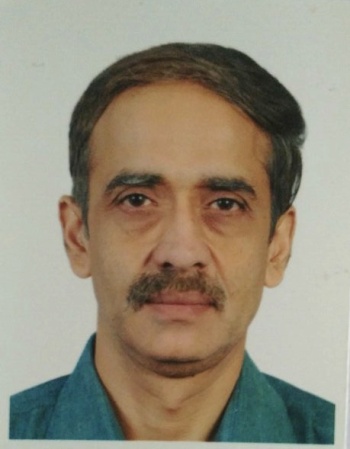 Dr. Manoj Murhekar and his team identified scrub typhus to be responsible for acute encephalitis syndrome (AES) in 63% of patients.

About one-fourth of patients with AES are adults. Generally, adults develop immunity against scrub typhus, so only those who have not been exposed to scrub typhus will progress to AES.

Is there any specific reason why scrub typhus is found only in this region?

Is it possible to treat scrub typhus and prevent the infection from progressing to AES?

If treated early with doxycycline, then children will not progress to AES. This prevention strategy has to be implemented widely and even by doctors in the private sector before we see results.

Why is the death rate high at 20% in children with AES?

What is vaccine coverage for Japanese encephalitis and why don’t we see herd immunity with this vaccine?

In 2012, the vaccine coverage for Japanese encephalitis was only 50% but has improved to 75% now. A study we carried out in 2015 found 75% coverage for the first dose and only 42% for the second dose. Three of the four children aged 25-36 months in Gorakhpur region had received at least one dose of the vaccine. We need two doses of the vaccine — during 9-12 months for the first dose and 16-24 months for the second dose — for optimal protection. With just one dose, the efficacy is over 80%. No studies have been done to find the duration of protection. With increasing vaccine coverage the incidence of JE has dropped from about 20% a few years ago to less than 10% now.

In the case of mosquito-borne diseases, herd immunity will not play a major role. So increasing the vaccine coverage should be a priority.