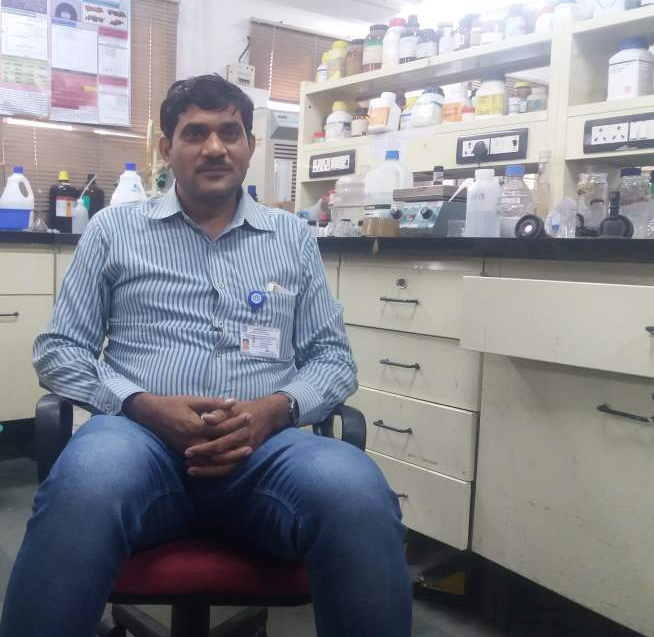 The amount of lead adsorbed is the highest ever reported for any biomass-derived carbon material, says Ramavatar Meena.

Researchers at CSMCRI have used functionalised seaweed nanocomposite to remove lead and chromium from wastewater. The adsorbed lead did not leach out even in low pH conditions. The nanocomposite was also able to completely remove dyes that are commonly used in textile industry.

Removing toxic metals such as lead and chromium and certain dyes from industrial wastewater much more effectively has become possible thanks to the work by Indian researchers. Researchers at CSIR-Central Salt & Marine Chemicals Research Institute, Bhavanagar, Gujarat have synthesised graphene-iron sulphide nanocomposite to remove these toxic materials from wastewater.

The nanocomposite was prepared by mixing dried green seaweed Ulva fasciata with iron chloride and heated to 150 degree C for 30 minutes to remove all moisture and then heated at 800 degree C for three hours in inert condition. Hydrogen sulphide gas, which is produced when seaweed is heated, reacts with iron to form iron sulphide.

“The graphene nanocomposite functionalised with iron sulphide facilitates the adsorption of heavy metals and dyes,” says Dr. Ramavatar Meena from CSMCRI and one of the corresponding authors of a paper published in the Journal of Hazardous Materials. The nanocomposite was found to have very high adsorption capacity for lead (645 mg/g) at neutral pH. “The amount of lead adsorbed is the highest ever reported for any biomass-derived carbon material. Lead adsorption did not leach out even at low pH as the interaction of lead with the composite is very strong,” he says.

The nanocomposite with adsorbed lead was found suitable for removing chromium (100 mg/g) too. However, the ability to adsorb chromium was dependent on the presence of adsorbed lead. “Lead has high affinity for chromate and dichromate leading to the formation of lead chromate or lead dichromate,” Dr. Meena says.

The nanocomposite showed very good ability to adsorb different dyes used in textile industry — methylene blue, methyl orange, crystal violet and congo red. Highest adsorption capacity of 970 mg/g was seen in the case of congo red followed by crystal violet (909 mg/g), methyl orange (664 mg/g), and methylene blue (402 mg/g). The adsorption capacity was tested for each dye individually and also in a mixed solution. “The material was highly efficient to fully remove all the dyes present in water,” he says.

“The adsorption capacity remained more or less the same whether the solution contained single dye or a mixture. The adsorption capacity did not vary much even in the presence of high concentration of salts,” Dr. Meena says. Most importantly, the nanocomposite could be reused up to eight times to remove the dyes.

The researchers tested the ability of the material to remove the toxic reactive black-5 dye in a continuous flow condition by coating a filter paper with a thin layer of the composite. “All the dye was removed and the water became colourless within five minutes of treatment. The surface area of the material was high as it was coated on the filter paper and so it was able to remove the dye quickly. When the composite is used as such it will take about three hours to completely remove the dye,” he says.

The preliminary results using filter paper coated with the material highlights the potential of the composite to be used in combination with other membrane-based processes such as reverse osmosis and nanofiltration for complete and effective treatment of dye and textile industry wastewater.