Researchers at IISER Pune found that E. coli subjected to different stresses simultaneously and in a unpredictable manner evolved to tolerate novel stresses that they were never exposed to such as antibiotics and heavy metals. Also, the ability to cope with stress was significantly better when the exposure to complex, unpredictable environment continued for 100 days than 30 days.

The environment where bacteria such as E. coli thrive can be complex with different stresses being present at the same time and changing unpredictably at different time scales — daily to seasonal. Researchers at Pune’s Indian Institute of Science Education and Research (IISER) found exciting results when they replicated these conditions in the lab — E. coli developed resistance to antibiotics and heavy metals even when the bacteria were not exposed to them.

When exposed to a combination of stresses — salt, pH and oxidative stress — that varied unpredictably on a daily basis, E. coli did not show statistically significant adaptability at the end of 30 days (170 generations). But bacteria did show improved fitness and better growth rate at the end of 100 days  (900 generations).

To make the environment complex, the researchers led by Prof. Sutirth Dey from IISER Pune’s Biology Division exposed the bacteria to one or two factors (say pH and salt) that were kept normal while one or two factors were abnormal and caused stress. Unpredictability was brought in by randomly changing the three factors that caused stress on a daily basis. Totally, 30 combinations that make the environment complex and unpredictable were used for the study.

“At the end of 30 days when compared with ancestors [or controls], the bacteria exposed to complex, unpredictable environment did not develop statistically significant advantage in terms of improved fitness,” says Dr. Shraddha Karve from IISER Pune’s Biology Division and first author of a paper published in April 2015 in the Journal of Evolutionary Biology.

“But what came as a surprise was that the bacteria evolved the ability to tolerate novel stresses that they were not exposed to, such as antibiotics (norfloxacin) and heavy metals (cobalt and zinc),” says Dr. Karve. “We repeated the experiment all over again as the result was so surprising, and we got the same outcome.” The control, which did not face complex, unpredictable stressful environment for 30 days, did not show resistance to antibiotics and heavy metals.

Another study in the Journal of Biosciences by the team confirmed that efflux pumps in bacteria show greater efficiency in throwing out antibiotics from inside (the bacteria) though they have not been able to precisely find out why and how the exposure to complex, unpredictable environment causes this. 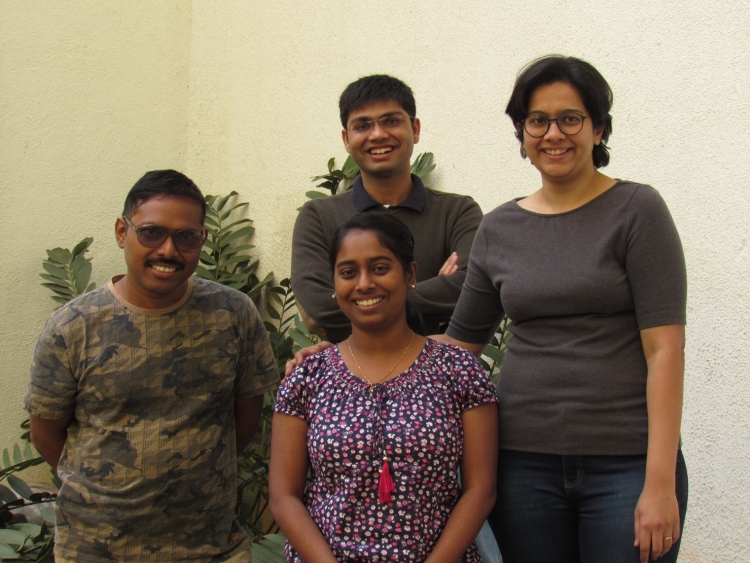 The researchers also studied resistance at the population level. The bacteria that have already been exposed to 30 days of stress (pH, salt and oxidative stress) were then exposed to antibiotics or heavy metals. The whole population showed better growth rate than controls and could better resist antibiotics and heavy metal stress.

“What we found was that the bacteria had much better efflux efficiency than the ancestors [controls]. It could be that during the 30 days of evolution the efflux pumps had greatly evolved either by working continuously or by becoming more efficient,” she says.

“Once the efflux pumps’ efficiency has been increased by exposure to other stresses, the ability to resist multiple drugs is only to be expected,” adds Prof. Dey.

“Its alarming that bacteria exposed to complex, unpredictable fluctuations can lead to resistance to antibiotics or heavy metals and it could happen in about 30 days,” says Dr. Karve.

“Climatology studies have shown that variability in the environment has drastically increased in many parts of the world, India included. As a result, there is a possibility that bacteria could show increased efflux activity and greater resistance to antibiotics even when not exposed to them,” says Prof. Dey.

The isolated Amazonian tribe that had no contact with civilisation till recently showed drug resistance can arise even when not exposed to antibiotics. The gut bacteria of this population showed resistance to latest antibiotics, including synthetic antibiotics, which are not found naturally in soil.

An August 2016 study (Journal of Evolutionary Biology) by the team found that unlike bacteria which had not evolved to handle stress in 30 days, the ability to cope with stress was significantly better when the exposure to complex, unpredictable environment continued for 100 days. “Besides better growth rate and greater ability to tolerate stresses, the bacteria showed no variation in their ability to handle different stresses compared with ancestors,” she says.

In the latest paper published a few days ago in the Journal of Evolutionary Biology, they investigated whether complexity or unpredictability that hinders adaptation over short term. And they found that bacteria could adapt to unpredictability when complexity was absent. They also found E. coli shows little adaptation to acidic pH as it is already very well adapted to it. In contrast, the bacteria show significant adaptation to salt, a stress for which it is poorly adapted to begin with.