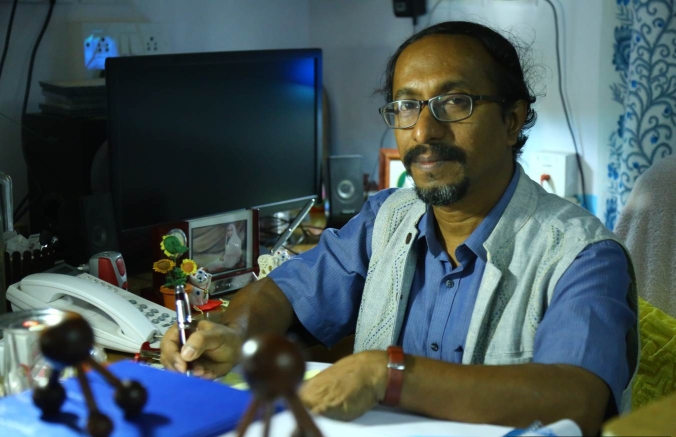 We found the molecule activating the two enzymes in the diseased mice and producing new neurons, says Tapas Kundu

JNCASR researchers along with French counterparts have been able to fully restore neuron to neuron connections and long-term memory in mice with Alzheimer’s disease using a small molecule that activates two enzymes. The molecule attached to carbon nanospheres was able to breach the blood-brain barrier and reach the brain in sufficient concentration.

Using a small molecule that activates two enzyme (CBP/p300 histone acetyltransferases), researchers from India and France have been able to completely recover long-term memory in mice with Alzheimer’s disease. Neuron to neuron connections that form the network were reestablished leading to memory recovery in the diseased mice. The therapeutic molecule used in the study was synthesised by a team led by Prof. Tapas Kundu from the Molecular Biology and Genetics Unit at Jawaharlal Nehru Centre for Advanced Scientific Research (JNCASR), Bangalore.

The small molecule was found to activate the two enzymes, and the two enzymes by virtue of being the master regulators activate several genes that are important for memory. In a June 2013 paper in the Journal of Neuroscience, Prof. Kundu’s team had demonstrated the small molecule’s ability to generate new neurons and induce long-term memory in normal mice.

“If it is able to induce memory in normal mice, we wondered if it can induce and recover lost memory in mice with Alzheimer’s,” recalls Prof. Kundu. “We found the molecule activating the two enzymes in the diseased mice and producing new neurons. Also, 81 genes, whose expression was repressed in mice with Alzheimer’s, were activated to normal levels.” Besides completely recovering lost memory, other symptoms of Alzheimer’s such as balance problem was also addressed.

The amyloid plaques and neurofibrillary tangles contribute to the degradation of the neurons leading to memory loss in Alzheimer’s. “The plaques and tangles absorb these two enzymes. So once the enzymes are activated by the small molecule, the whole process of neurodegeneration gets reversed,” he says.

Most clinical studies of Alzheimer’s have failed as cognitive dysfunction associated with the disease emerges quite late when the brain is affected by the deposition of plagues and tangles, and cell death. The possibility of reversing the damage through production of new neurons and connection between neurons therefore offers promise. “There is a possibility that the small molecule may at least be able to delay the cognitive decline and improve the conditions of patients,” he says.

Since the small molecule cannot cross the blood-brain barrier and enter the brain, the researchers turned to carbon nanospheres synthesised by a team led by Prof. Muthusamy Eswaramoorthy, Chemistry and Physics of Materials Unit at JNCASR and coauthor of the latest paper published in the journal EMBO Molecular Medicine. The carbon nanospheres, about 400 nanometres in size, are synthesised using glucose, and the small molecule is attached to the surface of the nanosphere.

“We were able to see high concentration of the molecules in the brain in 48-72 hours after administering,” says Prof. Kundu, who is currently the director of Central Drug Research Institute (CDRI), Lucknow. The nanopsheres were not seen after 21 days, probably because the glucose was consumed by the brain.

The study tested the ability of the small molecule in recovering memory at an early stage of disease onset. “Currently, we are studying mice with Alzheimer’s disease that are one year old. And the initial results are promising,” he says.

Synthesis of the small molecule and carbon nanospheres and testing them on normal mice were carried out in JNCASR, while testing them on diseased mice model was done in France.

Prof. Kundu is looking at the prospect of founding a start-up company to carry out toxicity studies.