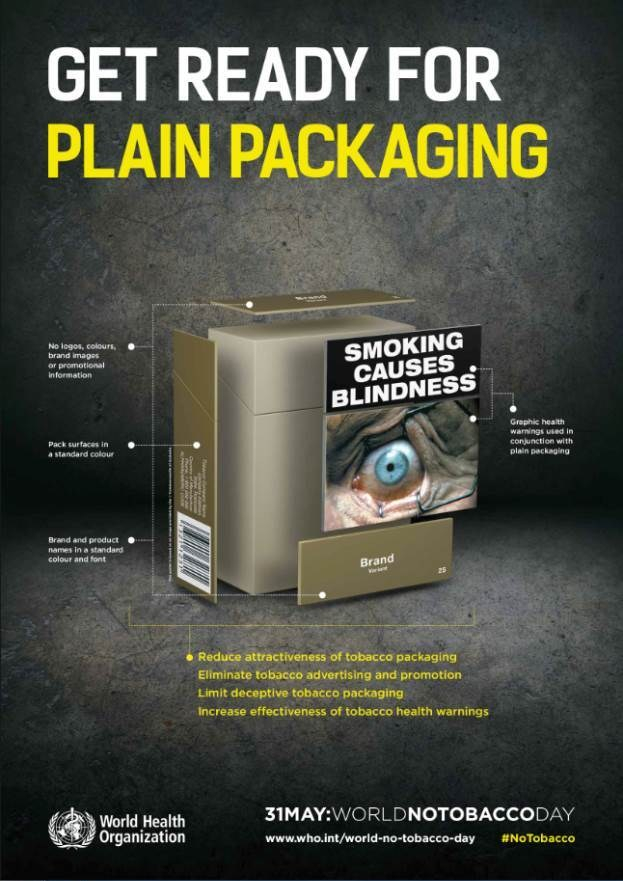 Besides Australia, France, UK. Norway, Ireland, New Zealand and Hungary have introduced plain packaging of tobacco products. Plain packaging was will be introduced in Uruguay and Slovenia in 2019 and 2020 respectively, and is under process or being considered in 14 more countries. With the WTO clearing the last hurdle by favouring plain packaging, India should introduce it soon.

This year, Thailand and Saudi Arabia will join a growing club of nations introducing plain packaging of tobacco products. They are the first in the Asian and Arab regions, respectively, to adopt the tough measure in order to curb tobacco consumption — from September in Thailand, and May 1 in Saudi Arabia’s case.

In December 2012, Australia became the first country to introduce plain packaging following the WHO Framework Convention on Tobacco Control (FCTC) guidelines. It has also been implemented in France and the United Kingdom (both 2016), Norway and Ireland (both 2017) and New Zealand and Hungary (both 2018). It will be implemented in Uruguay (2019) and Slovenia (2020). The move is under process or being considered in 14 more countries.

Plain packaging standardises the appearance of tobacco products. Other than brand and product names displayed in a standard colour and font style, it prohibits the use of logos, colours, brand images or promotional information. Besides increasing the effectiveness of health warnings, the idea is to reduce the attractiveness of tobacco products, with no scope for using packaging to advertise and promote consumption. In short, plain packaging combined with large pictorial warnings turns the power of packaging on its head.

Understandably, the tobacco industry was opposed to Australia’s plain packaging initiative. But the ruling by the World Trade Organisation (WTO), in June 2018, favouring plain packaging, has struck a blow against the tobacco industry. The WTO panel, while rejecting the argument by four countries that Australia had unjustifiably infringed tobacco trademarks and violated intellectual property rights, said the plain packaging law led to “improving public health by reducing use of and exposure to tobacco products”.

With the legal hurdle to tobacco control being cleared, one is optimistic that countries, including India, which were undecided, can take steps to introduce similar legislation. In India, tobacco is the cause of about one million deaths annually.

In April 2016, India increased the size of graphic pictorial warnings, by 85%, on the packaging of tobacco products (both front and back). The percentage of users in India who thought of quitting because of such warning labels increased sharply to 62% (cigarette), 54% (bidi) and 46% (smokeless tobacco users), according to the Global Adult Tobacco Survey 2016-2017, when compared with the survey results of 2009-2010. The corresponding figures for 2009-2010 were 38% and 29% for cigarette and bidi smokers respectively and 34% for smokeless tobacco users. Likewise, tobacco use among those aged 15-24 years showed a six-percentage point reduction (18.4% in 2009-10 to 12.4% in 2016-17). The number of tobacco users dropped by eight million.

Along with higher taxes and large pictorial warnings, plain packaging can serve as a tool to deter new users and prompt existing users to quit. Here is the proof: according to a 2016 paper, plain packaging along with other measures led to 0.55 percentage point reduction in smoking prevalence in Australia, translating into at least 1,18,000 fewer smokers.