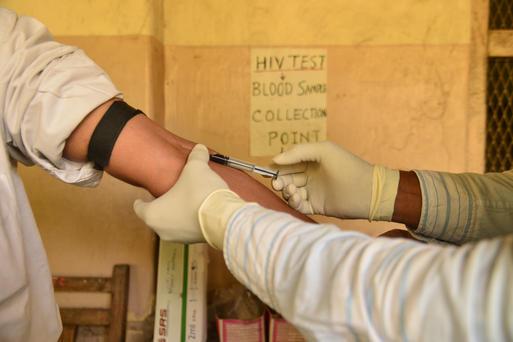 For the second time, researchers have been able to clear HIV virus from the body (remission) by transplanting stem cells containing two mutant copies of a co-receptor CCR5 for HIV infection. The person with advanced Hodgkin’s lymphoma and HIV infection has been experiencing HIV remission for the last 18 months after antiretroviral therapy (ART) was stopped.

In a significant development, a person with HIV infection has been reported to be experiencing remission for the last 18 months after antiretroviral therapy (ART) was stopped following stem-cell transplantation in London. Remission is when HIV RNA  is undetectable in blood. ART is used for treating HIV.

The person with HIV was diagnosed with advanced Hodgkin’s lymphoma, a form of cancer, in 2012. To treat the cancer, haematopoietic stem cells (which give rise to blood cells) were transplanted from a donor who had two mutant copies of a co-receptor for HIV infection. This exercise was carried out in London. The co-receptor (CCR5) is used by the HIV virus to gain entry into host cells in humans. But a mutant does not allow the virus to enter the host cells and hence makes the person resistant to HIV infection.

This is the second instance when HIV remission has been achieved through transplantation of stem cells carrying two copies of the mutant co-receptor. The first case was in 2009; no viral rebound was then seen even 20 months after transplantation and discontinuation of ART therapy.

In the present study, the research team led by Prof. Ravindra K. Gupta from University College London first ascertained that following transplantation, the recipient had two copies of the mutant. ART was stopped 16 months after transplantation. The HIV RNA has remained undetectable in blood for 18 months after ART was stopped. The results were published today (March 5) in Nature.

According to Prof. Gupta, it is difficult to say how long it would take before one can say with certainty that the person has been cured. “It will take at least two-three years,” he says in an email to me.

The researchers did not use radiation but instead used certain drugs to deplete the T cells, which play a crucial role in immunity, before performing stem cell transplantation. At present, achieving HIV remission through stem cell transplantation will be possible only in those cases where people with HIV also have some form of cancer. “It can become a standard of care to get rid of the virus in a person with HIV if we can find a way to avoid using toxic chemotherapy,” says Prof. Gupta. It took two weeks for the T cells to return to normal levels after transplantation.

Another challenge is in finding donors who carry two copies of the mutant co-receptor. “Only about 1% of Europeans carry two copies of mutant CCR5. I am not sure about Indians but it is not present in Africans. [But] we can use gene editing approaches to delete CCR5,” he says.