Dr. Chitra Mandal of CSIR-IICB has admitted to “unintentional mistakes” in her papers. Dr. Elisabeth M. Bik and another person have identified additional nine papers with image manipulation and/or duplication. With this the total number of papers with problematic images stands at 28. The last word has not been said yet.

There important things happened in the last 24 hours. Dr. Elisabeth M. Bik who is a Science Consultant at Harbers-Bik LLC, San Francisco, California and who verified all the problematic images of Dr. Chitra Mandal that are listed on the Pubpeer website agreed to go public with her identity.

Dr. Mandal who is a SERB Distinguished Fellow at the CSIR-Indian Institute of Chemical Biology, Kolkata in an e-mail admits to “unintentional mistakes” in the images published in the papers under question.

With nine more papers with problematic images listed on Pubpeer, the total number of papers by Dr. Mandal with manipulated and/or duplicated images has shot up to 28.

Dr. Bik has identified problems with images in nine more of Dr. Mandal’s papers and has listed them on Pubpeer website. So with this, the total number of papers by Dr. Mandal containing manipulated and/or duplicated images has risen to 28. With Dr. Mandal now in the crosshairs, it’s anybody’s guess if more papers will get listed on Pubpeer in the coming days. So stay tuned.

And on Twitter, Dr. Bik offers some exercise or training for fellow scientists on how to identify image manipulation. She has chosen a February 2012 paper published in Leukemia Research and now posted on Pubpeer for this exercise. This exercise should also put to rest the apprehension of some scientists on how good Dr. Bik is in identifying manipulation and duplication in images. One should visit her Twitter account (@MicrobiomDigest) to know her real abilities.

Here is what I see. pic.twitter.com/iDJazdAUVT

And in the same paper she identified another huge problem in another image. One can visit the Pubpeer site to see these images at higher magnification.

Here is the marked version. Posted on @Pubpeer as well. https://t.co/2vV1sJahuX pic.twitter.com/oB70gq32zC

In an email sent to me yesterday, Dr. Mandal says: “The research has been carried out in different stages of my life in a span of 15 years with the help of hard working, motivated students who are currently in different parts of the world.”

She adds: “I am ready to show all the original data to any reputed scientific body that wants to understand my scientific claim published in the respected journals.”

“Moreover, this matter has already been discussed with the highest scientific body. Such a high-level scientific committee will look at these unintentional human technical errors. I would strongly say that these unintentional minor mistakes do not alter the major scientific outcome and information from these experiments. Subsequently, if suggested by the committee, it will be informed to the respective journals,” Dr. Mandal says.

But if the mistakes are indeed unintentional, then the researchers should send the correct images to the journal and set the record straight. Will they do that? Why should the researchers, especially Dr. Chitra Mandal who is the corresponding author in almost all the 28 papers, wait for what the supposed committee decides? 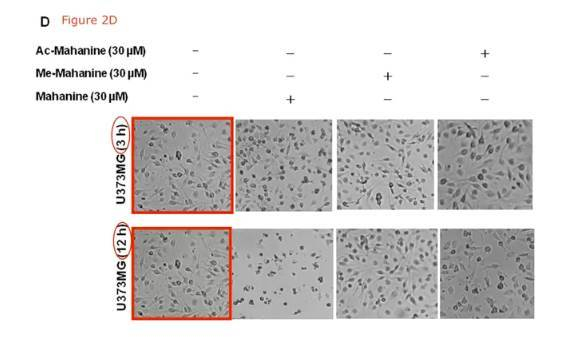 Two days ago (June 6), when I contacted her, she said: “I have not seen this website nor do I know anything about it.”

However, according to FAQ posted on the Pubpeer website on whether authors receive alerts when someone comments on their paper, it says: “Yes. Authors are automatically alerted when their paper is commented… We make every effort to alert the authors to any comments and they are encouraged to respond.”

Also, in one of Dr. Mandal’s papers listed on Pubpper, the first author has responded several times.