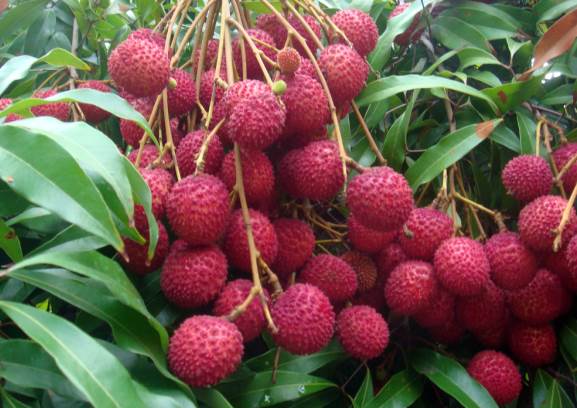 Explained: How hypoglycaemic encephalopathy, which has caused most of the deaths in children in Muzaffarpur, is very different from encephalitis. And how the toxin in litchi is causing low blood sugar level, coma and even death in only undernourished children and how it can be prevented and treated.

Acute encephalitis syndrome in Bihar’s Muzaffarpur has so far claimed over 110 children. At present, more than 400 children with AES have been admitted to various hospitals. Most of the deaths have been attributed to low blood sugar level (hypoglycaemia).

What is acute encephalitis syndrome (AES)?

Is encephalitis different from hypoglycaemic encephalopathy?

Fever on the very first day is one of the symptoms of encephalitis before the brain dysfunction begins. While fever is seen in children in the case of hypoglycaemic encephalopathy, fever is always after the onset of brain dysfunction (actually due to brain dysfunction). And not all children exhibit fever. Some children have no fever, while others may have mild or very high fever.

The blood sugar level is usually normal in children with encephalitis but is low in the children with hypoglycaemic encephalopathy.

In the case of encephalitis, one-two days of fever (due to virus infection) is followed by the onset of symptoms caused by the brain getting affected. However, in hypoglycaemic encephalopathy, children go to bed without any illness but manifest with symptoms such vomiting, convulsion and semi-consciousness early next day morning (4 am to 7 am). At that time the blood sugar level will be low and hence the name hypoglycemic encephalopathy.

Is it encephalitis or hypoglycaemia encephalopathy that killed over 110 children in Muzaffarpur?

In 2012-2013, a two-member team headed by virologist Dr. T. Jacob John suspected, and next year confirmed, a toxin found in litchi fruit that was responsible for causing the hypoglycaemic encephalopathy. In 2017, a large Indo-US team confirmed the role of the toxin. The toxin is called methylene cyclopropyl glycine (MCPG).

Early morning there is normal tendency for blood sugar to dip, after several hours of no food intake. Undernourished children who had gone to sleep without a meal at night develop hypoglycaemia. The brain needs normal levels of glucose in the blood. The liver is unable to supply the need. So the alternate pathway of glucose synthesis, called fatty acid oxidation, is turned on. That pathway is blocked by MCPG.

Why is the toxin more dangerous to undernourished children?

In well nourished children, reserve glucose is stored as glycogen (glucose polysaccharide) in the liver. Whenever glucose level goes down, the glycogen is broken down into glucose and circulated in the blood for use.

Normally, when glycogen reserve in the liver is exhausted or is not sufficient, the body converts the fatty acid (non-carbohydrate energy source) into glucose. But in the presence of the litchi toxin, the conversion of fatty acid into glucose is stopped midway. As a result, no glucose is generated and the low blood glucose level is not corrected by the body.

How does the toxin cause coma and even death in children?

The toxin acts in two ways to harm the brain and even cause death. Because of the toxin, the body’s natural mechanism to correct low blood glucose level is prevented thus leading to drop in fuel supply to the brain. This leads to drowsiness, disorientation and even unconsciousness.

When the toxin stops the fatty acid conversion into glucose midway, amino acids are released and these amino acids are toxic to brain cells. The amino acids cause brain cells to swell causing brain oedema and, as a result, children may suffer from convulsions, deepening coma and even death.

Can hypoglycaemic encephalopathy be prevented in undernourished children?

Can hypoglycaemic encephalopathy be treated?

Yes, hypoglycaemic encephalopathy can be easily treated. Full and complete recovery can be achieved if children with hypoglycaemic encephalopathy are infused with 10% dextrose within four hours after the onset of symptoms. Infusing 10% dextrose not only restores blood sugar to a safe level but also stops the production of amino acid that is toxic to brain cells by shutting down the body’s attempt to convert fatty acid into glucose.

Using 5% dextrose, as is the norm in general low blood sugar level cases, may help children with hypoglycaemic encephalopathy recover from hypoglycaemia but the accumulation of amino acid is not turned off. And so even if children survive, they will suffer from brain damage.

If dextrose infusion is not started within four hours after the onset of symptoms, the brain cells may not recover but will die. As a result, children suffer from various brain damages such as speech getting affected, mental retardation, muscle stiffness/weakness etc even if they survived.