Among papers retracted in chemistry and material sciences in 2017-2018, 17.2% was from India though only 7.3% papers from India were published, thus contributing to 2.4-fold difference between retractions and papers published. With 18 papers, Dr. Rashmi Madhuri and Dr. Prashant Sharma from IIT Dhanbad had the “largest clusters of retractions in the two-year period”.

In a May 28, 2019 Editorial published in the journal Chemistry of Materials, Francois-Xavier Coudert from Institut de Recherche de Chimie Paris, a joint CNRS/Chimie ParisTech research institute in Paris, has looked at retraction practices in chemistry and materials sciences and found some interesting insights.

From Elsevier’s Scopus database, Dr. Coudert found 331 papers that were retracted in 2017 and 2018 in chemistry, materials science, and chemical engineering. At 31.4%, China had the most number of retractions. But at 30.9%, researchers from China also published the most papers. The U.S. too showed similar trend — retractions standing 14.2% while the percentage of papers published is 15.1%.

The only consolation is that Iran is even worse than India. Retraction is at 11.2% while papers published from Iran are only 2.7%. “The ratio of retracted papers from Iran is 4.1 times larger than from the rest of the world,” Dr. Coudert writes.

The next information that would be of interest to chemistry and material science researchers and policy makers in India is which researchers or research groups had more retractions during the two years. Thanks to Dr. Rashmi Madhuri from the Department of Applied Chemistry and Dr. Prashant Sharma from the Department of Applied Physics from IIT Dhanbad, India tops the ranking for all the wrong reasons.

With 18 papers retracted during 2017-2018, Dr. Madhuri and Dr. Sharma, who are co-authors in all of these papers, have the “largest clusters of retractions in that two-year period”. Dr. S. Thakur and R.B. Tokas from Bhabha Atomic Research Centre in Mumbai have seven retractions during the same period. “These retractions were, in every case, linked to ethical shortcomings,” he writes.

Screenshot of the figure in the Editorial that shows the reasons for retractions.

After plagiarism (42%), unethical issues with the data reported (27% or 90 papers) in papers — research misconduct, data fabrication, data  falsification, inappropriately and extensively digitally manipulated —  was the second most common cause for retraction. And among the papers with data issues, he found falsification of data accounted for 60% of the cases. “This includes cases of fabrication, invalid duplication, digital editing, etc. and accounts overall for 16% of retracted papers,” he says.

In the 127 papers from India retracted so far for image duplication and manipulations, 55 were found to be due to manipulation and the rest due to reuse of the same image in other papers for different experiment and material. In addition to the 127 papers, searching the database of RetractionWatch using a simple term “image” yielded another 65 papers with questionable images that have been retracted so far, taking the total to 192.

In the 65 papers with problematic images, nine papers were retracted already this year. There were eight retractions last year, nine in 2017 and 11 in 2016. While error in images accounted for 21 paper retractions, fabrication/falsification of images was responsible for 15 retractions.

How many problems can a paper have?

A 2007 paper by Dr. Yogeshwer Shukla from the CSIR-Indian Institute of Toxicology that was retracted in February 2019 has multiple problems — manipulation and duplication. The retraction note reads:  “Multiple figures in this article appear to be falsified/fabricated. Figure 2A. The images appear to be rotated and reused. 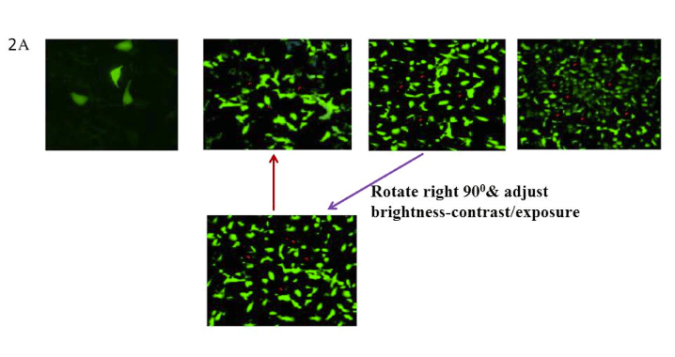 The retraction note then goes on to say: “Figure 3A. The Beta-actin band appears to be identical to articles from multiple (see the slideshow below) other journals — here,  here, here, here).

“Figure 6. The Beta-actin band appears to have been reused and possibly manipulated.”

1) Identification, occurrence, and validation of DRE and ABRE Cis-regulatory motifs in the promoter regions of genes of Arabidopsis thaliana

Physiology and Molecular Biology of Plants, May 2016

12) Identification, occurrence, and validation of DRE and ABRE Cis‐regulatory motifs in the promoter regions of genes of Arabidopsis thaliana

14) Theaflavins induced apoptosis of LNCaP cells is mediated through induction of p53, down-regulation of NF-kappa B and mitogen-activated protein kinases pathways

15) The princess of polka dots: Using art as a medium to cope with hallucinations

16) Ondansetron loaded pectin based microspheres for nasal administration: In vitro and in vivo studies

The Journal of Horticultural Science & Biotechnology, May 2017

27) Conversion of Sugar to Aldonic Acids: An Important Industrial Precursor

29) Carrageenan: A natural seaweed polysaccharide and its applications

30) Synthesis of silver nanoparticles using A. indicum leaf extract and their antibacterial activity

38) Influencing micropropagation in Clitoria ternatea L. through the manipulation of TDZ levels and use of different explant types

AEU – International Journal of Electronics and Communications, May 2015

46) Contribution of herbal principles towards cytoprotective, antioxidant and anti-Rhizopus activities

47) Strategies for efficient production of heterologous proteins in Escherichia coli

48) Effect of hydrogenation vs. re-heating on intrinsic magnetization of Co doped In2O3

56) Purification and characterization of organic solvent and detergent stable protease isolated from marine Saccharopolyspora sp. A9: Application of protease for wound healing

60) Cyclic di-GMP: a second messenger required for long-term survival, but not for biofilm formation, in Mycobacterium smegmatis

64) Effect of trimetazidine on renal ischemia/reperfusion injury in rats