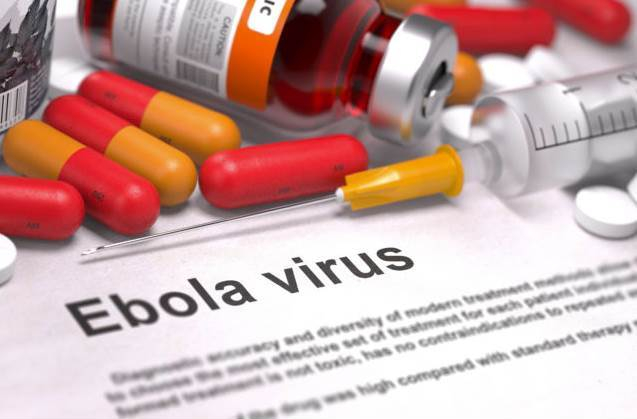 Preliminary analysis of 499 Ebola infected participants has sprung a surprise — the chances of survival may be as high as 90% if patients are treated with one of the two drugs – REGN-EB3 and mAb114 – soon after infection. The Ebola virus,  which has had a free run so far, is all set to be tamed.

There is good news a year after the Ebola virus disease struck the Democratic Republic of the Congo (DRC) making 2,619 people ill and killing 1,823. If the final test results hold good, the disease with an overall fatality rate of 67% in the current outbreak in DRC can be treated with drugs, especially if treatment is started early.

Merck’s preventive Ebola vaccine (rVSV-ZEBOV-GP), with 97.5% efficacy, has helped slow the spread of the virus in DRC considerably, but has not been able to stop the disease in its tracks.

Now, four candidate drugs – Zmapp, remdesivir, REGN-EB3 and mAb114 – have been tested in a trial in Congo that began in November last year. As on August 9, 2019, the PALM trial had enrolled 681 of the target 725 patients. The drugs have been tested in four Ebola treatment centres in the country. Preliminary analysis of 499 study participants has sprung a surprise — the chances of survival may be as high as 90% if patients are treated with one of the two drugs – REGN-EB3 and mAb114 – soon after infection.

The preliminary analysis found that Regeneron Pharmaceuticals Inc’s drug REGN-EB3 had “crossed the efficacy threshold” set for the trial, and the efficacy of mAb114 was comparable to REGN-EB3’s. The efficacy of these two drugs was vastly superior to the other two candidate therapies thus making it unethical to continue the trial using the inferior drugs.

As a result, the data and safety monitoring board recommended that the trial be stopped and all future patients in all treatment centres receive either REGN-EB3 or mAb114 drug. Both the drugs have not been licensed.

The striking difference in efficacy was in patients who were recently infected (and so have low viral load). The REGN-EB3 drug cured the disease in 94% of such patients, while for mAb114 it was 89%. In contrast, the mortality among patients who received remdesivir was 33%, and 24% for ZMapp.

REGN-EB3 is a cocktail of three antibodies that were generated by injecting Ebola virus into a mice model that has a human-like immune system, while mAb114 goes back to Ebola outbreak in 1995 in Congo’s Kikwit. Jean Jacques Muyembe Tamfum who helped discover Ebola virus in 1976 and now tasked with bringing the current outbreak in Congo under control had in 2005 taken the first step to find a cure. He had transfused blood of people who have survived Ebola into eight people with disease. Though the antibodies were not isolated, seven of the eight who got the transfusion survived. In 2006, antibodies isolated from two Kikwit survivors led to the development of the mAb114 drug.

While we will have to wait till end September or early October before final analysis of all data can be performed, there is a high possibility that the final results will be on the same lines as the preliminary results were based on the data of 499 patients, which is nearly 69% of the total number of participants.

Vaccination strategies have faced huge challenges including tracing primary contacts and contact of contacts, and the mistrust of authorities and healthcare workers. In all likelihood, the availability of a potent therapeutic drug that can cure the disease will change the attitude of people and encourage them to seek medical care without delay.

Trial of a new Ebola preventive vaccine from Johnson & Johnson has already begun in Uganda.

While the interim analysis shows the vaccine to be highly effective, the durability of protection is not known; there is also an issue of attaining very high vaccine coverage to prevent outbreaks. And when outbreaks do happen, the availability of an approved treatment will be important for optimal responses.

If the final results of Merck’s preventive vaccine trail and the two drugs to treat the disease does not spring any adverse surprise, then Ebola, which has had a free run so far, is all set to be tamed.