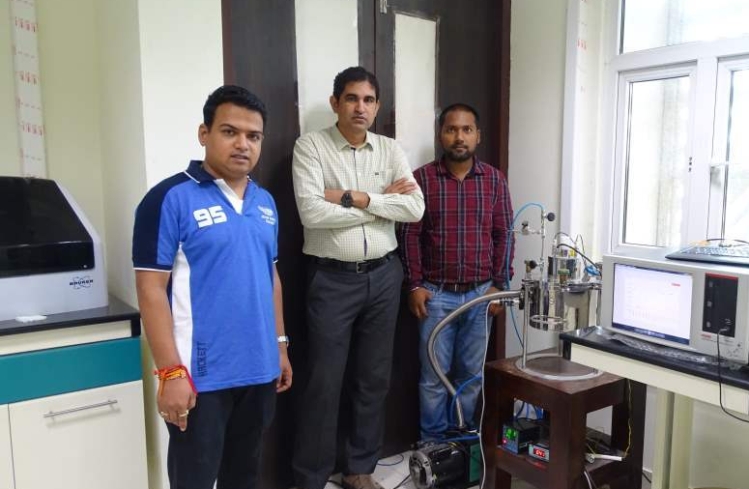 A research team from IIT Jodhpur and IIT Hyderabad have together fabricated a sensor that can detect hydrogen gas even when present at extremely low concentration of 1 ppm. The sensitivity is 30% at 1 ppm hydrogen concentration and 74% at 100 ppm concentration.

Hydrogen gas is a pollution-free, renewable source of energy and is seen as a fuel of choice in the future. However, hydrogen is highly explosive and flammable in nature. It is a small molecule and can readily mix with air but detecting hydrogen gas leakage become quite difficult particularly as it is colourless and tasteless. So a sensor that can detect it even when present at very low concentration becomes essential. And this is where the current work becomes important.

How the sensor works

Hydrogen reacts with the adsorbed oxygen (to produce water molecule) thereby making more electrons available for current conduction. “Since more oxygen is adsorbed there are more active sites where hydrogen can react with oxygen and reduce the resistance,” says Vijendra Singh Bhati from the Department of Physics at IIT Jodhpur and first author of a paper published in the journal Sensors & Actuators: B. Chemical.

“In the presence of hydrogen the resistance reduces drastically leading to more current flow, thus suggesting hydrogen gas leakage. When hydrogen is removed, the resistance goes back to the initial state,” says Prof. Mahesh Kumar from the Department of Physics at IIT Jodhpur and the corresponding author of the paper. “The change in resistance is a function of the concentration of nanofibres loaded on the zinc oxide semiconductor, temperature and the concentration of hydrogen gas.”

Oxygen gets adsorbed both on zinc oxide and nanofibres. “Tiny pores made on the carbon nanofibres increase the surface area for oxygen to get adsorbed and enhance the sensitivity,” says Prof. Chandra Shekhar Sharma from the Department of Chemical Engineering at IIT Hyderabad and co-author of the paper.

According to Prof. Sharma, a polymer and a block polymer were blended together and electrospun to produce nanofibres. “The block polymer has two monomers and is polymerised. It is possible to dissolve one monomer selectively by exposing it to UV radiation. When one monomer degrades on UV exposure it leaves behind micropores,” explains Prof. Sharma.

The researchers are able to activate the chemical reaction at a relatively lower temperature as carbon nanofibres are used. “The nanomaterial increases the surface area and acts as a catalyst to reduce the activation energy,” says Bhati.

The next goal is to develop a prototype by integrating the sensor with a microheater.