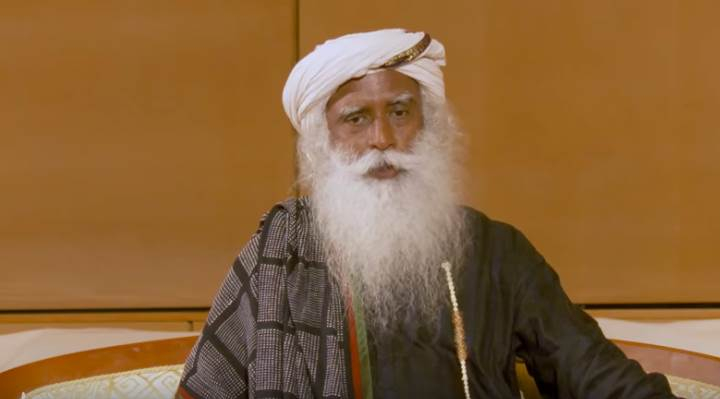 The highly dangerous and sweeping statement on vaccine side-effects will give anti-vaxxers the much needed impetus and ammunition to scare parents from vaccinating their children. After all, stirring fear in the minds of people by falsely blaming vaccines for unrelated diseases is the bedrock of the anti-vaccination movement.

In January 2019, the World Health Organization listed ‘vaccine hesitancy’ among the top ten threats to global health this year. It defined vaccine hesitancy as “reluctance or refusal to vaccinate despite the availability of vaccines”.

As per the WHO, vaccination prevents two-three million deaths each year and this figure will increase by another 1.5 million if the vaccine coverage improves. Yet, a survey of over 1,40,000 people from 140 countries revealed the striking difference in how people trusted vaccines.

At 95%, people from South Asia trusted vaccines the most followed by Eastern Africa at 92%, while Western Europe and Eastern Europe brought the rear with just 59% and 52%, respectively. The repercussions of vaccine hesitance is now playing out globally with nearly 4,24,000 children with confirmed measles as on October 10, 2019 as against 1,73,000 in the whole of 2018.

Vaccine hesitancy has been a concern in India. For instance, one of the main reasons for five times low uptake of oral polio vaccine in early 2000s among the poor Muslim communities in Uttar Pradesh was the fear and misconception that polio vaccine caused illness, infertility and was ineffective. Similarly, as recently as 2016, Muslim communities in two districts in north Kerala reported low uptake of diphtheria vaccine. One of the reasons: the propaganda that the vaccine may contain microbes, chemicals and animal-derived products which is forbidden by Islamic law.

Tamil Nadu and Karnataka, which have traditionally seen high vaccine acceptance, witnessed low uptake of measles-rubella vaccine when it was introduced in 2017. One of the reasons was again fear of adverse effects from vaccination that spread through social media.

As a December 2018 study points out, vaccine hesitancy continues to be a huge challenge for India. The study found nearly a quarter of parents did not vaccinate their children due to fear of adverse events in 121 high priority districts chosen for intensified immunisation drive by the Health Ministry to increase vaccine coverage.

Against this background, on November 1, 2019, Sadhguru Jaggi Vasudev tweeted a dangerous message. “The significance of vaccination against many debilitating diseases should not be played down. But at the same time, it is important it is not overdone, without taking into consideration the many side-effects or negative impacts of vaccinations,” the tweet reads.

The highly dangerous and sweeping statement on vaccine side effects will give anti-vaxxers the much needed impetus and ammunition to scare parents from vaccinating their children. After all, stirring fear in the minds of people by falsely blaming vaccines for unrelated diseases is the bedrock of the anti-vaccination movement across the globe, India included. Even today, the message of the discredited study by the British physician Andrew Wakefield, who linked the measles, mumps, and rubella (MMR) vaccine with autism, is used in spreading vaccine doubts and conspiracy theories.

Besides the dangerous message, it is difficult to fathom the sudden provocation for the tweet. The tweet provides the link to an October 3 article published on the Isha website, which is an excerpt of a conversation between Vasudev and Dr. Soumya Swaminathan, Chief Scientist at the WHO held at the United Nations General Assembly on June 27, 2019. The article on the website provides a link to conversation on YouTube.

During the conversation, he is clearly seen advocating vaccination and spelling out the gains India made by preventing children from becoming crippled through oral polio vaccination. But soon he veers off track and ends up spreading dangerous misinformation about influenza (commonly referred to as flu).

With a disclaimer that he is not a medical expert, Vasudev says: “…From listening to parents [in California], this is what I gathered. I thought some of the things they were giving vaccines for were just absurd. If a child catches a flu, or something like this, it is all right to go through some of these illnesses when you are growing up.”

This might turn out to be the most irresponsible and dangerous misinformation to have ever been said from the hallowed platform of the UN. Unfortunately, the patently wrong message went unchallenged thus giving it a ring of truth. The incorrect messaging did not stop there; it is now posted on the Isha website increasing the chances of misleading more people. The blithe comment about flu sans any evidence is in stark contrast to the seriousness with which the WHO and the Atlanta-based Centres for Disease Control and prevention (CDC) treat it.

Influenza is not common cold

The reason why influenza should be taken seriously is because in the U.S. alone, since 2010, an estimated 7,000-26,000 children younger than five years get hospitalised each year and many end up dying. It is already proven that vaccination offers the best defence against flu and its potentially serious consequences, reduces flu illnesses, hospitalisations and even deaths.

Despite H1N1 becoming a seasonal flu virus strain in India even during summer, the uptake of flu vaccine in India is poor, the reason why thousands of cases and deaths get reported each year. As on November 3, 2019, there have been 28,109 H1N1 influenza cases and 1,203 deaths this year in India. The number of H1N1 influenza cases (42,592) and deaths (2,991) in India peaked in 2015.

Despite the effectiveness varying from one season to another, several studies have shown that flu vaccination can reduce the risk of flu illness 40-60% when there is good match between the strains used in the vaccine and circulating virus. A 2017 study that looked at flu seasons between 2010 and 2014 found vaccination reduced flu-associated deaths by 65% among health children. The vaccine can also prevent hospitalisation, reduce severity of illness and “prevent severe, life-threatening complications” in children.

As per WHO’s recommendation, since September 2018, the protection offered by flu vaccines has been widened with the availability of vaccines containing four strains instead of three.