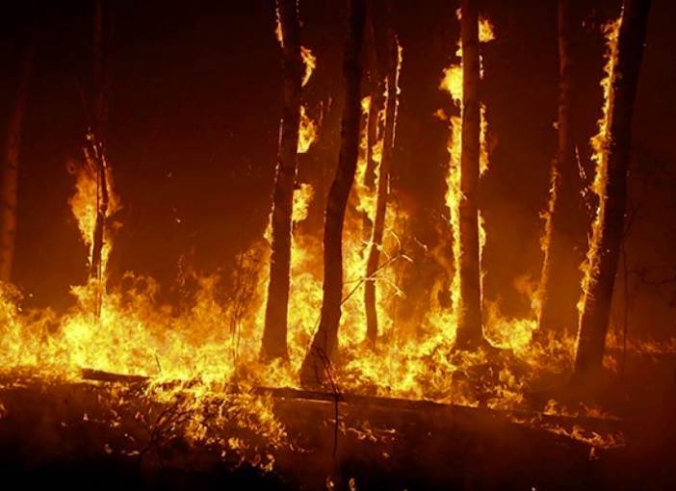 Due to fear of losing their job, researchers from Brazil have preferred to remain anonymous in a paper on Amazon forest fire. The acknowledgement section of the paper published last month carries the message.

There have been several instances when authors of scientific papers have tucked in their marriage proposal in the acknowledgement section. One such proposal published in a 2015 paper in Current Biology reads: “C.M.B. would specifically like to highlight the ongoing and unwavering support of Lorna O’Brien. Lorna, will you marry me?”

But an acknowledgement in a paper published on November 15 in the journal Global Change Biology is very different and is of great concern to the scientific community. Jos Barlow, a conservation scientist from Lancaster University in the UK and the Federal University of Lavras in Brazil, who led the team, wrote in the acknowledgement: “Some contributors declined authorship to maintain anonymity. We regret this was necessary and thank them for their important contribution.”

Brazilian scientists researching the widespread Amazon wildfire months ago have been scared they might lose their job if their identity is revealed and so preferred to remain anonymous in the paper.

There has been a precedent to this. On August 2 this year, Dr. Ricardo Galvão, the director of Brazil’s National Space and Research Institute (INPE) was terminated after he defended satellite data that showed that deforestation was 88% higher in the month of June compared with data a year ago. While President Jair Bolsonaro called the INPE’s findings as “lies”, Dr. Galvão stood his ground and maintained that the satellite data were valid.

On the same day that Dr. Galvão was fired, Brazil’s opposition leader Alessandro Molon tweeted: “Ricardo Galvão, director of INPE… was attacked by the President and the environment minister for monitoring deforestation in the Amazon. The data shows what Bolsonaro wants to hide under his lies. Whoever misinforms is the enemy of science, which we fight so hard for. Serious!”

The President repeated the lies at the United Nations General Assembly when he said the Amazon “remains pristine and virtually untouched”.

The November 15 paper set out to evaluate if the government claims that the forest fire was “normal” and “below historical average” was indeed true. They researchers looked at longer term trends in active fires and annual deforestation. They also looked at recent monthly deforestation trends. Based on these data they team concluded that the number of active fires in August 2019 was nearly three times higher than the corresponding figure in August 2018 and the highest since 2010.

“The marked upturn in both active fire counts and deforestation in 2019 therefore refutes suggestions that August 2019 was a ‘normal’ fire month in the Amazon. Moreover, the increase in fires has occurred in the absence of a strong drought, which can be a good predictor of fire occurrence,” they write in the paper.

Camila Ribas, a biologist at the National Institute of Amazonian Research in Manaus, Brazil told Nature that “government’s efforts to undermine scientific institutions through a withdrawal of funds and cuts to high-profile staff represent an ideological attack on scientists who might speak out about the consequences of the deforestation”.

By end of March, Brazil had frozen 42% of the budget for the Ministry of Science and Communications. According to Nature, the government cut the National Council for Scientific and Technological Development (CNPq) scholarship budget for students.

But unexpected funding for science has come from outside Brazil. A European consortium of 26 nations offered $28 million in research funding for biodiversity and conservation projects.