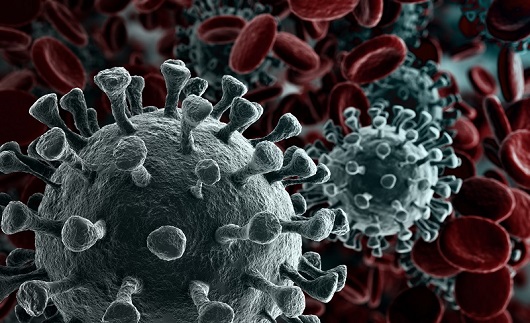 Though 3,346 confirmed novel coronavirus cases have been reported from 49 countries outside mainland China, WHO says it will not declare it a pandemic now. The reason: Using the word pandemic carelessly has no tangible benefit, but has significant risk in terms of amplifying unjustified fear.

Besides mainland China, how many countries have reported at least one confirmed case?

As on February 27, 3,346 confirmed cases have been reported from 49 countries.

At 16, Europe has the most number of countries that have reported at least one case. In just one day, seven European countries — Estonia, Greece, Denmark, Norway, Georgia, N Macedonia, and Romania — reported their first cases on February 27. As on Thursday, 621 cases and 16 deaths were reported from Europe. While there was a gradual increase in the number of cases in Europe between January 24 (three cases) and February 22 (63 cases), the cases spiked since then — from 63 on February 22 to 621 on Thursday. The numbers nearly doubled from 270 on February 24 to 509 the next day.

There are nine countries — Afghanistan, Pakistan, Egypt, Iran, Iraq, Kuwait, Lebanon, Oman and UAE — in the WHO Eastern Mediterranean Region that have reported novel coronavirus infections. Only five countries — Thailand, India, Sri Lanka, Nepal Taiwan — in the WHO South-East Asia region have reported SARS-CoV-2 infections. In the Americas, cases have been reported from only Canada, the U.S. and Brazil.

Which countries outside mainland China have large number of cases?

South Korea has the most number of confirmed novel coronavirus infections — 1,766 (and 13 deaths) outside mainland China. Italy (528), Iran (245) and Japan (189) are the other countries with most number of cases.

About a week ago Hong Kong and Singapore had the most number of cases but that has since changed. But these two countries appear to have largely contained the spread, with Singapore reporting 93 and Hong Kong with 92 cases as on February 27.

Since the virus has spread globally, will WHO declare COVID-19 as pandemic?

In a press briefing on February 26, WHO Director-General Tedros Adhanom Ghebreyesus made it abundantly clear that WHO will not declare COVID-19 a pandemic at this moment. He said: “We should not be too eager to declare a pandemic without a careful and clear-minded analysis of the facts. Using the word pandemic carelessly has no tangible benefit, but it does have significant risk in terms of amplifying unnecessary and unjustified fear and stigma, and paralyzing systems.”

He then added: “It may also signal that we can no longer contain the virus, which is not true. We are in a fight that can be won if we do the right things. Of course, we will not hesitate to use the word pandemic if it is an accurate description of the situation.”

By not calling it a pandemic right away, he did clarify that it does not mean WHO considering the spread to be less serious. He said: “I am not downplaying the seriousness of the situation, or the potential for this to become a pandemic, because it has that potential. Every scenario is still on the table. On the contrary, we are saying that this virus has pandemic potential and WHO is providing the tools for every country to prepare accordingly.”

When was the last time a pandemic was declared?

A pandemic is defined as the worldwide spread of a new disease. The last pandemic reported was the 2009 H1N1 flu pandemic, which killed hundreds of thousands globally. Unless it is influenza, WHO generally avoids declaring diseases as pandemics. This change came about after the lessons learned from the 2009 H1N1 experience.

According to 2017 pandemic influenza risk management guidelines, the WHO uses pandemic influenza phases — interpandemic, alert, pandemic and transition — to “reflect its risk assessment of the global situation regarding each influenza virus with pandemic potential infecting humans”.

Have some countries contained the spread?

All countries that have reported even one case should primarily focus on containing the spread of the virus, the WHO chief said. Fourteen countries have managed to contain the spread of the virus and no new case has been reported for more than a week. And nine countries, including India, Nepal and Sri Lanka, have not reported any additional cases in the last two weeks, he said. This highlights that the virus can be stopped in its track if countries take appropriate and timely actions.

What steps should countries take to stop the virus from spreading?

The priority should be to detect cases early and isolate people who test positive for the virus. Once a case is detected, the focus should be to trace the contacts and treat them if already infected. Since the molecular test is not highly sensitive and can return false negatives, people who have returned to India or have come in contact with people who have tested positive should be made aware to seek immediate medical care once symptoms show up. Though the average incubation period is five-seven days, a few have shown up symptoms at the end of 24 days. Efforts should also be focussed on preventing outbreaks in hospitals and spread in the community. One way to stop the spread in the community is to avoid mass gathering in enclosed spaces.

The Ministry of Health has advised people to avoid all non-essential travel to countries where community spread of the virus is reported, particularly Singapore, South Korea, Iran and Italy. According to February 13 release, the Health Ministry has been following up passengers travelling from China, Singapore, Thailand, South Korea and Japan for a period of 28 days.