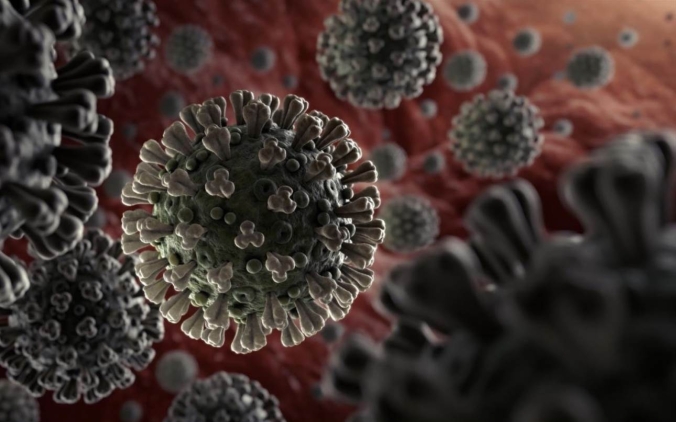 At 31.9%, the intensive care unit specialised for taking care of COVID-19 patients was the most contaminated in the hospital. And nearly 14% of all commonly used hospital objects and medical equipment had the virus on them.

Across the world, hospitals have become the hotspot for novel coronavirus (SARS-CoV-2) infection. And hundreds of healthcare workers have been infected in many countries and some have died too. While the availability and quality of PPE and the duration of exposure with severe and critical patients have been a factor indeterming if healthcare workers were safe or not, a study posted on March 16 in a preprint repository medRxiv reveals how certain areas in the hospitals and certain objects had more viruses.

In another study posted on March 16 in a preprint repository medRxiv, a team of researchers collected 626 samples from 13 hospital function zones, five major objects, and three major personal protection equipment (PPE) from the Zhongnan Medical Center in Wuhan during the period February 7-27, 2020. Preprints are yet to be peer-reviewed and published in scientific journals.

With 20.3%, the hand sanitizer dispensers were the most contaminated objects.

The primary routes of transmission of the virus are through large respiratory droplets and close contact, and contact with surfaces and objects contaminated with the virus. Once in contact with the virus on objects and surfaces, there is high risk of infection.

They found nearly 14% of all commonly used hospital objects and medical equipment had the virus on them. Among the most contaminated objects in the hospital were the self-service printers (20.0%), desktop/keyboard (16.8%), doorknob (16.0%), telephones (12.5%) and medical equipment (12.5%). In China, the self-service printers are commonly used by patients themselves to print out examination or test reports in a hospital.

If hand sanitizers help in getting rid of the virus from hands, with 20.3%, the hand sanitizer dispensers were the most contaminated objects followed by hand gloves (15.4%).

Earlier, a team led by Vincent J. Munster from the National Institute of Allergy and Infectious Diseases found that novel survived up to one day on cardboard and three days on plastic. Now, another team of researchers led by Leo L M Poon from The University of Hong Kong found shorter survival time of the virus on different surfaces. Dr. Poon’s team did not find any virus on printing and tissue papers after three hours, while infectious virus could be found on treated wood and cloth on the second day.

Much like the NIAID team, the researchers from The University of Hong Kong found that the virus could persist longer on smooth surfaces — infectious virus could be found on glass and banknotes even on day three, while they could find viable, infectious virus on stainless steel and plastic up to day six.

The NIAID team had found that the virus survived the least time — four hours — on copper, while they could find virus for relatively longer time on plastic (three days) and stainless steel (two days). The virus survived for a day on cardboard.

The most interesting but disturbing finding published by Dr. Poon’s team is the presence of infectious virus on the outer layer of the surgical mask even on day seven. But the amount of virus found on mask on day seven was only 0.1% of the original number.

The University of Hong Kong researchers also found that at room temperature, the virus could survive in a broad range of pH conditions — pH 3-10.

They also studied the ability of different disinfectants to kill the virus. Compared with hand soap, no infectious virus could be found five minutes after the virus culture was added to various disinfectants. The study thus shows that surfaces can be made free of the virus using regular disinfectants.

“The SARS-CoV-2 can be highly stable in a favourable environment but is also susceptible to standard disinfection methods,” they write. They also caution that method they used to recover virus from different surface that were tested does “not necessarily reflect the potential to pick the virus from casual contact”.