by Prasad RavindranathPosted on April 29, 2020 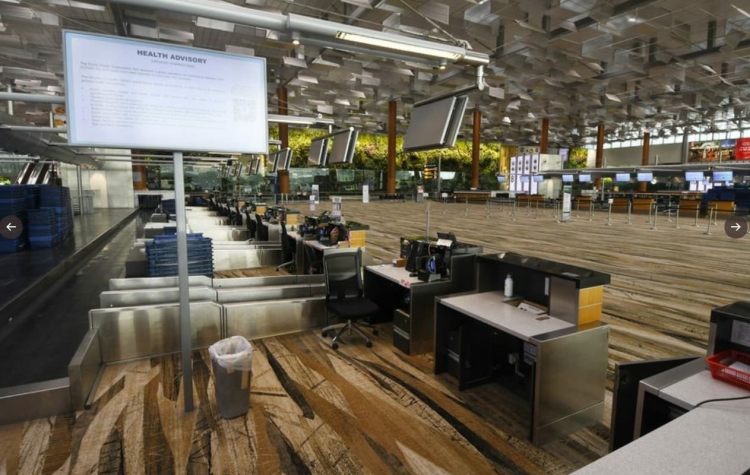 It took just 12 days for novel coronavirus cases to double to two million and another 12 days to cross three million. As the spread has slowed down in Europe, there is an uptick in Africa and South America, while it continues spread wildly in the U.S. India failed to learn despite Singapore offering the best lessons over a month ago.

If it took 94 days to reach one million on April 3 after China reported the first cluster of 41 novel coronavirus cases to the World Health Organization on December 31, 2019, the number of days needed to double to two million sharply reduced to 12. It again took just 12 more days to cross three million cases globally on April 27 night. The virus has now spread to 188 countries/regions across the world.

The true number of people infected with the virus will be several-fold higher as most countries have not been testing people who have only mild or no symptoms. For instance, in the U.S., the Centres for Disease Control and Prevention has clearly stated that people with mild symptoms of COVID-19 who do not meet the criteria for priority testing will not be tested.

While new cases have declined in Europe, there is an uptick in Africa and South America; the virus is still spreading quickly in the U.S. With 0.98 million, the U.S. has the most number of cases in the world, little more than four times that of Spain, which has recorded the second most number of cases.

There have been over 0.2 million deaths worldwide, with the U.S. accounting for the most — over 56,600, which is double that of Italy (nearly 27,000). New York City alone has over 17,500 deaths, which is multiple times higher than many countries. The mortality figures too may be an underestimation, as an April 26 report in Financial Times notes. It found about 60% (nearly 1,11,000) deaths in excess of normal levels in 14 countries.

India has reported over 30,300 cases and 965 deaths. The number of cases has multiplied several-fold from over 600 cases since the nationwide lockdown was implemented on March 25. With nearly 8,600, Maharashtra has the most number recorded in the country; Dharavi slum alone has 330 cases and 18 deaths. With a population close to 1,00,000 living cheek by jowl, physical distancing is an impossible luxury. A central team has indicated that nearly 3,000 people might need institutional quarantine in the absence of effective containment in Dharavi.

It is rather surprising that institutional quarantining of high risk category people is only now being thought of despite Singapore offering the best lessons over a month ago. Much appreciated for its efforts in almost containing the spread of coronavirus early on, Singapore has been witnessing the numbers rising since late March. Fresh cases have been reported from dormitories that house over 0.2 million migrant workers from other countries.

The crowding in the dormitories, which is akin to what is seen in Dharavi and other slums in India, has provided a perfect setting for easy spread of the virus. Despite shutting down educational institutions and workplaces on April 3, when the number of cases was 1,100, and moving many workers to alternative accommodation and quarantining others, it has not been able to contain the spread; nearly 15,000 cases have been reported as on April 28.

As India nears the end of its extended lockdown, it needs to learn from the successes and failures of other countries.