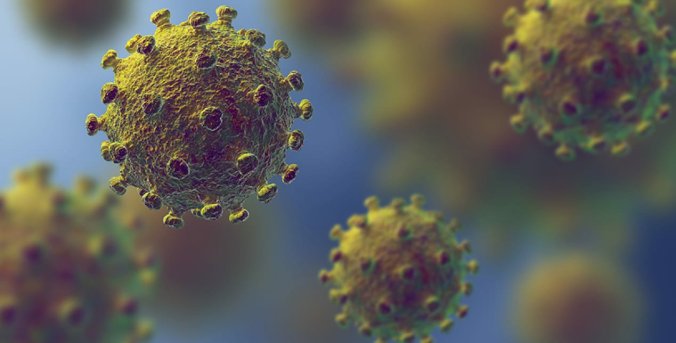 A “paper” by two health ministry researchers claiming that COVID-19 in India will end by mid-September has been published in a predatory journal. The authors also have a conflict of interest, which is not disclosed in the “paper”.

A “paper” based on a mathematical model published in the journal Epidemiology International by two scientists from the Ministry of Health which has claimed that COVID-19 pandemic in India may come to an end by mid-September has raised serious concerns.

The results have been published in a predatory journal. The screenshot of all the four pages of the “paper” can be found at the end of this post.

A journal is called predatory when substandard papers are published for a fee with little or no peer-reviewing, and published papers are not indexed in standard databases. According to a 2015 paper in the journal BMC Medicine, around 35% of authors in such journals are from India, and 27% of predatory journal publishers are also based in India. 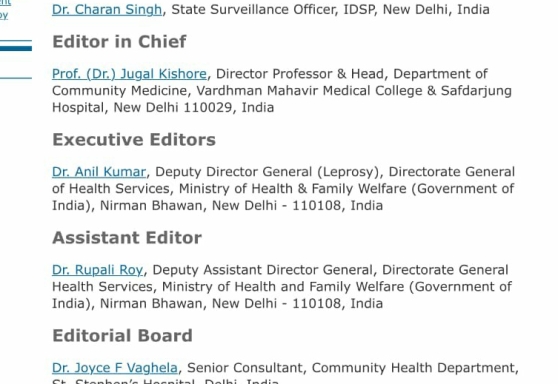 The two authors are on the editorial board of the “journal”.

The journal Epidemiology International is not listed in the UGC-Consortium for Academic and Research Ethics (UGC-CARE) website. The UGC had come up with a white list of approved journals in which Indian researchers can publish their papers. The white list was produced to address the problems of predatory journals.

The two authors — Dr. Anil Kumar, Deputy Director General (Public Health) in the DGHS, and Rupali Roy, Deputy Assistant Director (Leprosy) DGHS — are also in the editorial board of the journal. However, the “paper” does not mention their role in the journal in the Conflict of interest section of the paper.

Prof. Giridhara R. Babu, Head-Lifecourse Epidemiology, Indian Institute of Public Health, PHFI, Bengaluruin was the first to raise a red flag about the predatory nature of the journal in a tweet.

Commenting about the model used and the conclusions of the “paper”, Dr. Gautam Menon, professor of physics and biology at Ashoka University, Sonepat, Haryana said that the methods are unclear and are not well explained and the “prediction involves a questionable extrapolation to four months on”.

The methods are unclear and the prediction involves a questionable extrapolation to four months on. While there is public interest, I wish media would be more critical in deciding what to feature. https://t.co/drjLVOlOGc

“The BAILEY’S model that they have used is quite similar to the simplest epidemiological model called the SIR model. But most researchers working on COVID-19 use the better SEIR model that takes into account the substantial period a person is exposed to the virus and the potential infectious period of an asymptomatic person,” he said.

Dr. Menon also commented that it is quite difficult to predict the outcome of the pandemic three months from now as there are too many variables.

Screenshot of the “paper” 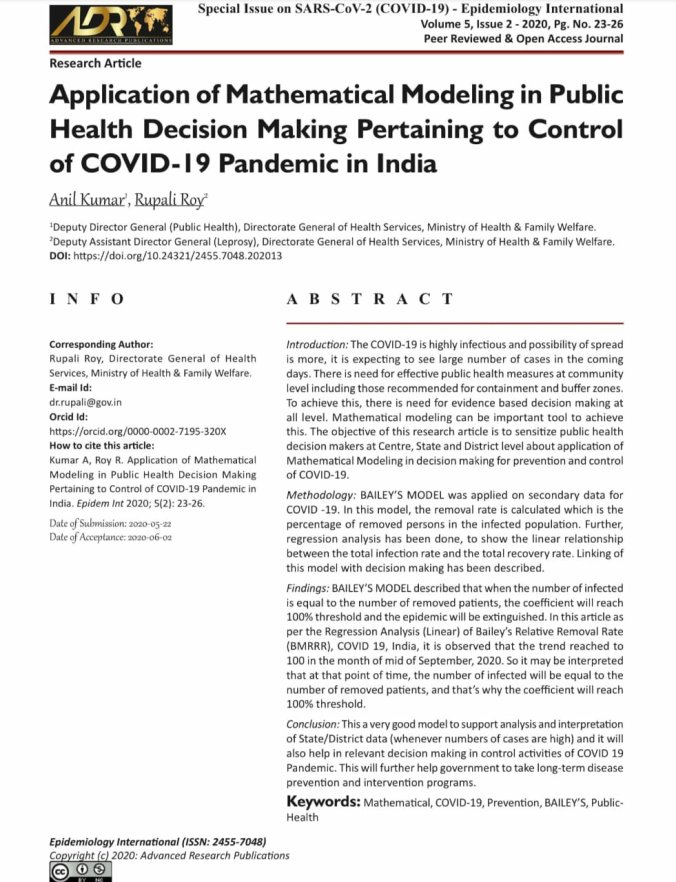 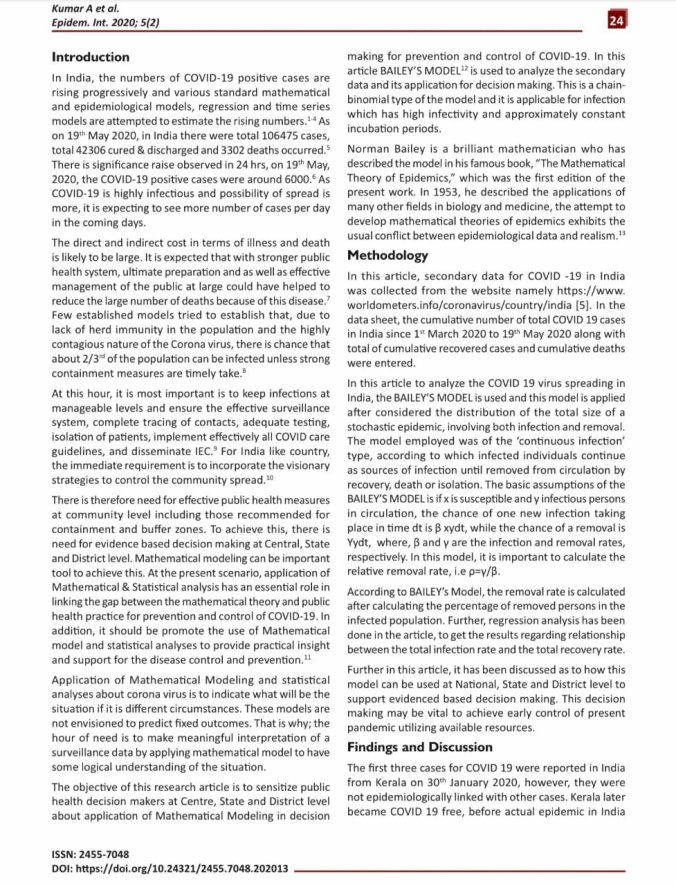 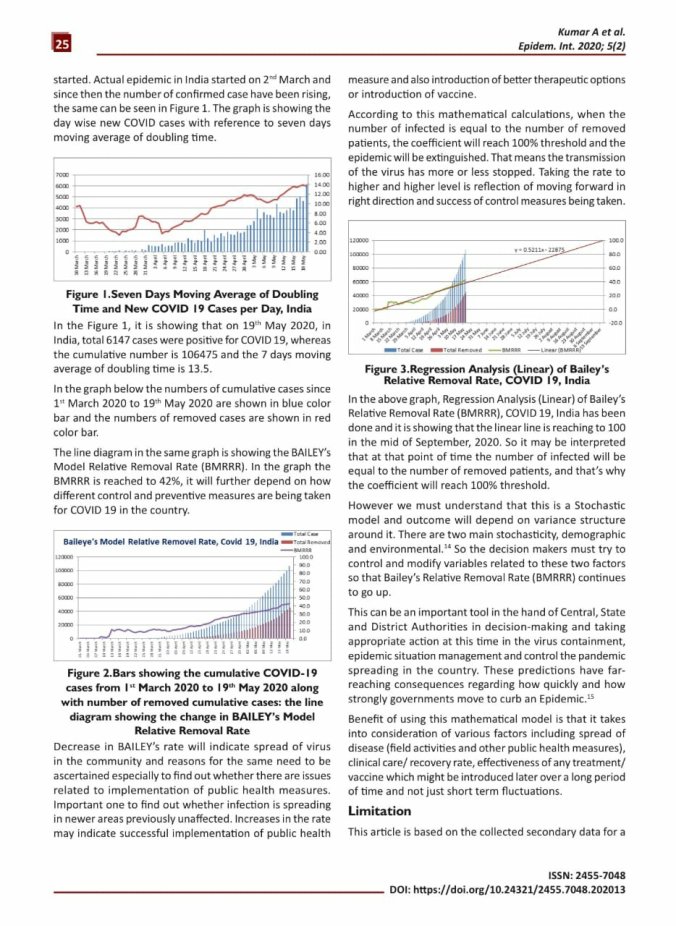 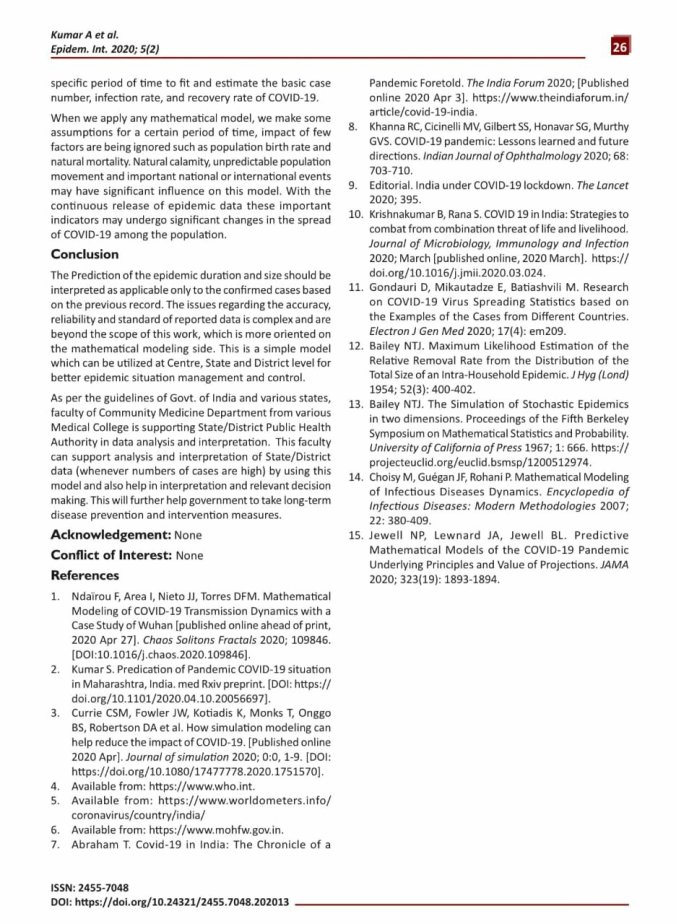