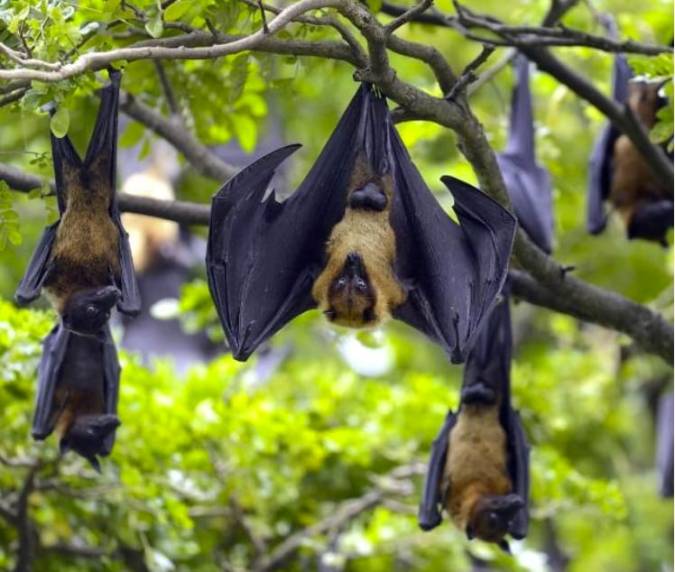 SARS-CoV-2 virus diverged from closely related bat viruses 40-70 years ago. Novel coronavirus had not arisen from recombination of any sarbecoviruses, and the ability of the spike protein in the virus to bind to ACE2 human receptors had emerged within bats. There is no evidence that pangolins facilitated adaptation to humans by being an intermediate host.

The novel coronavirus (SARS-CoV-2) that has so far infected over 17.6 million people and killed nearly 0.68 million across the world has been circulating unnoticed in bats for decades. And bats have been the “primary reservoirs” for novel coronavirus. The SARS-CoV-2 virus is likely to have diverged from closely related bat viruses called the sarbecovirus 40-70 years ago, a study published in Nature Microbiology says.

In early February, Chinese researchers had found that SARS-CoV-2 is most closely related to RaTG13 sarbecovirus, which was isolated from a horseshoe bat in Yunnan province in 2013. Based on the nearly 96% genome sequence identity between SARS-CoV-2 and RaTG13, a team led by Zheng-Li Shi from the Wuhan Institute of Virology, Chinese Academy of Sciences, Wuhan, China said in a paper published in February in Nature that a bat origin is probable for the COVID-19 outbreak. The current study by Prof. Maciej Boni from the Pennsylvania State University in the U.S. and others not only confirms the findings of Dr. Shi but also suggests the probable time when SARS-CoV-2 diverged from RaTG13.

The authors analysed the evolutionary history of SARS-CoV-2 using genomic data on sarbecoviruses. They employed three approaches to identify regions in the virus that had not undergone recombination and that could be used to reconstruct its evolution. The approaches all suggest that RaTG13 and SARS-CoV-2 share a single ancestral lineage and estimate that SARS-CoV-2 genetically diverged from related bat sarbecoviruses in 1948, 1969 and 1982, respectively.

“The findings demonstrate how critical it is to undertake genomic analysis of bat viruses,” says Prof. Satyajit Mayor, Director of the Bengaluru-based National Centre for Biological Sciences (NCBS). “Many species of bats harbour several viruses which can cross over to new hosts. When we disrupt habitats, we will face more of such threats.”

Importantly, Prof. Boni and co-authors say that novel coronavirus itself has not arisen from recombination of any sarbecoviruses. And the ability of the spike protein in the virus to bind to ACE2 human receptors had emerged within bats and is an ancestral trait shared with bat viruses and “not one acquired recently via recombination”. According to them, the results suggest the presence of a “single lineage” circulating in bats with properties that allowed it to infect human cells. This was also the case with the bat sarbecoviruses related to the 2002 SARS lineage.

The Nature Microbiology paper also challenges an earlier notion that pangolins would have served as an intermediate host where the virus would have acquired its ability to infect human cells thus facilitating the jump into humans. They conclude that it is plausible pangolins could have been a conduit for transmission to humans but there is “no evidence that pangolins facilitated adaptation to humans” by being an intermediate host.

While pangolins or other species might have served as an intermediate host before the virus jumped into humans, “current evidence is consistent with the virus having evolved in bats” and rendering the virus the ability to replicate in the upper respiratory tract of both humans and pangolins, they say.

Before pangolins, snakes were thought to have served as intermediate hosts of SARS-CoV-2. But the present study found no evidence to support this hypothesis. Days after snake as an intermediate host was hypothesised, the scientific community had nearly ruled it out.

The researchers also caution that the long divergence period raises the possibility of other undocumented virus lineages circulating in horseshoe bats that have the potential to jump from bats to humans. Different and still unstudied bat sarbecoviruses that have descended from the SARS-CoV-2/RaTG13 common ancestor forms a clade with properties to infect many different mammals, including humans.

“Without better sampling, however, it is impossible to estimate whether or how many of these additional lineages exist,” they write.

The diversity and dynamic process of recombination amongst lineages in the bat reservoir makes it difficult to identify viruses that can cause major outbreaks. “This underscores the need for a global network of real-time human disease surveillance systems… for pathogen identification and characterisation,” they say.