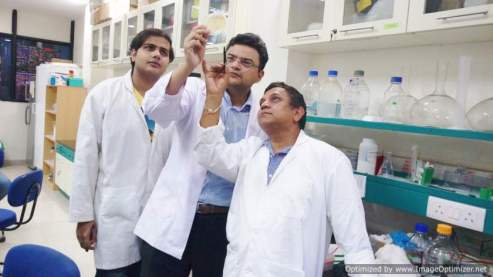 Indian researchers have been able to bring about more than 50-fold improvement in the efficacy of the commonly used TB vaccine — Bacillu Calmette Guerin (BCG) — by giving mice anti-leprosy drug (clofazimine) for a month along with a single dose of the vaccine. The duration of protection lasted till the end of the trial protocol period of 120 days. Results were published on August 29, 2016 in The Journal of Infectious Diseases.

“But the mice vaccinated with BCG will remain equally protected if just two doses of anti-leprosy drug are given on the day of vaccination and on day seven. This is because the drug has a long half-life of 28 days in mice,” says Prof. Gobardhan Das, the corresponding author of the paper from the Special Centre for Molecular Medicine, Jawaharlal Nehru University (JNU), Delhi.

“This is an exciting advance over Prof Das’ earlier work on the limited efficacy of the BCG vaccine,” says Prof. Anand Ranganathan, a co-author in the paper from the Special Centre for Molecular Medicine, JNU. “It should be noted that a new anti-TB vaccine is unfortunately still a good decade or two away. Given this, an improvement in the existing vaccine, through administration of an existing drug, is as good as it can get.” 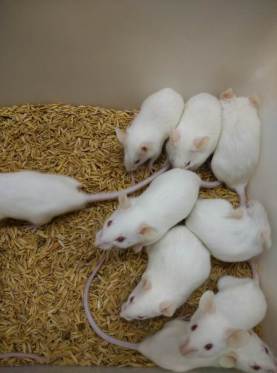 The anti-leprosy drug increases the amount of central memory T cells in mice.

The BCG vaccine efficacy is critically dependent on the generation of long-lasting memory cells called the central memory T (Tcm) cells. The Tcm cells, in turn, generate effector memory T (Tem) cells that kill the TB bacteria. Though BCG has more than 80 per cent efficacy in protecting children from meningitis and military TB, the vaccine’s efficacy diminishes with time, particularly in TB endemic regions.

This is because people in TB endemic countries are continuously exposed to TB bacteria as every third person harbours them. With regular exposure to TB bacteria, the Tem cells that fight the bacteria get used up and the pool of Tcm cells that get converted to Tem cells eventually get exhausted, thereby rendering the host to TB infection, explains Singh. If the Tcm cells are much higher in number to start with then they can convert to Tem cells for a longer period of time and produce a much rapid and stronger response against TB bacteria and protect the individual from TB infection for an extended period.

This is precisely what the team led by Prof. Das achieved. The researchers nearly doubled the size of  central memory T (Tcm) cell pool by administering anti-leprosy drug (5 mg/kg body weight) to mice that were already vaccinated with BCG. “Initially after vaccination both Tcm and Tem cells are produced.  Because we don’t want Tem cells, we try to make most of the cells into Tcm cells. This is achieved by administering the anti-leprosy drug on the same day of BCG vaccination.  Since the drug blocks the potassium channel of Tem cells, the production of Tem cells is slowed down or inhibited and the cells are pushed to become Tcm cells. This leads to an increase in Tcm pool,” says Prof. Das.

“Our study suggests that clofazimine [anti-leprosy drug] treatment enhances the pool of Tcm cells induced by the BCG vaccine, and these cells have the potential to continuously replace Tem cells at the site of infection,” they write. “Therefore, clofazimine might function as an effective immune modulator to enhance the efficacy of BCG vaccination in humans.”

“Adults who have already been vaccinated with BCG can be given another dose of BCG along with clofazimine anti-leprosy drug. Since mice were protected for 3-4 months, we can conservatively say that the vaccine protection could last for 40 years in humans,” says Prof. Das.

The next step is to test the novel strategy in monkeys and then in humans. “I would like to carry out the test in monkeys if I get funding,” Prof. Das says.