“There is no proof yet that yoga can cure cancer,” says the Dean of the Division of Yoga and Life Sciences, Swami Vivekananda Yoga Anusandhana Samsthana (S-VYASA), Bengaluru, Dr. Raghuram Nagarathna. This contradicts Union Minister of State for AYUSH [Ayurveda, Yoga & Naturopathy, Unani, Siddha and Homeopathy] Shripad Yasso Naik’s claim on March 26 in Goa, that the S-VYASA institute has “found a technique of yoga for the prevention and cure of cancer”. [He said this while at the national level ‘AROGYA Fair’.] 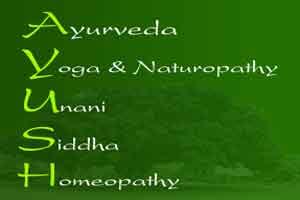 The Minister’s statement that the government will produce scientific evidence in a year’s time to prove yoga’s ability to cure cancer flies in the face of everything we know about the disease and the time-consuming process involved in scrutinising the validity of any intervention that can cure cancer. Moreover, it is nearly impossible to conduct trials to test how effective yoga is in curing cancer.

“It is morally and ethically not correct to conduct trials using yoga without cancer treatment,” she says while explaining why yoga studies cannot be done to test this claim.

None of the 20-odd papers published so far in scientific journals by S-VYASA researchers is about the practice of yoga to cure cancer. They deal with yoga as a complementary intervention to improve the quality of life by decreasing the adverse effects of anticancer treatments. “All our studies have only looked at improving the quality of life of cancer patients like reducing stress, quietening the mind, reducing anxiety and depression, and improving sleep,” she says.

The Minister’s over enthusiasm to project his claim about yoga may have severe repercussions. A January 2002 paper in The Lancet says that among cancer patients in India, 38 per cent of them had visited practitioners who offered alternative therapies before coming to hospital. Things have only become worse over the years. “Three quarters of patients in India come to hospitals with end stage cancer. Late diagnosis is already a problem in India. This [the Minister’s statement] should not add to the problem,” says Professor of Radiation Oncology at the Tata Memorial Centre, Mumbai, Dr. Rajiv Sarin.

Dr. V. Shantha, Chairperson of the Chennai-based Adyar Cancer Institute, concurs with Dr. Sarin. “Patients come to us very late. It’s a pathetic situation… we are not able to help them,” she says.

In the U.S., nearly 21 per cent of cancer patients undergoing treatment use some form of complementary medicine to manage the effects of the disease and treatment (Oncology Nursing Forum, January 2010). The prevalence of yoga therapy has “increased linearly” during the period 2002 to 2012, making it the third most common form of complementary and alternative medicine resorted to by patients in the U.S., especially by women with breast cancer.

The increasing popularity of yoga among cancer patients and others is mirrored by more papers being published in scientific journals. A December 2015 paper in PLOS ONE notes that more than 50 randomised control trials of yoga are published each year. As an adjunct to conventional cancer treatment, yoga has been widely cited in the literature in managing side effects in patients such as distress, anxiety, stress, depression, fatigue, insomnia and quality of sleep, and general quality of life.

Though several studies highlight the beneficial effects of yoga on patients undergoing cancer treatment, it is difficult to generalise their findings and draw meaningful conclusions because of shortcomings and limitations. For instance, in most studies, the assessment tools used to measure the effects of yoga in reducing anxiety, depression and stress were not consistent which made it difficult to compare the results. Also, many studies that show promise have a small number of patients enrolled and suffer from trial design limitations. These limitations were highlighted in a  November 2013 paper in the European Medical Journal of Oncology to say: “While very promising, the scientific literature needs to be interpreted with caution.”

Yoga trials in India had 25 times the odds of reaching positive conclusions than those conducted elsewhere, notes a March 2015 paper in the journal Contemporary Clinical Trials. This could either reflect the “inadequate statistical analysis or interpretation of findings in India” or simply indicate the “higher effectiveness” of the practice in the country of origin.

Since the disease and the treatment cause adverse physical and psychosocial effects, there is a need for effective methods to manage them and improve quality of life. Only large-scale, randomised control yoga trials that are free of shortcomings cited in the literature can ascertain yoga’s effectiveness in improving the quality of life of patients undergoing cancer therapy. Such initiatives are particularly needed as the scientific community has a dim view of trials carried out in India. “Indian trials should be dealt with carefully when evaluating the helpfulness of yoga for patients in other countries,” the paper in the journal Contemporary Clinical Trials says.